Earlier this week I saw a video showing how to make bacon-wrapped egg cupcakes. I was so inspired that I made the recipe twice. The first time I did a scrambled egg version, The second time, I took the advice in the video and did the eggs “sunny side up”.

I had made up bacon ahead of time. Having more uniform sized pieces would have made the cupcake more pretty, but won’t make a difference with the cupcake taste or structural integrity. To prevent the cupcake from sticking to the tray, I smeared in some bacon fat first. 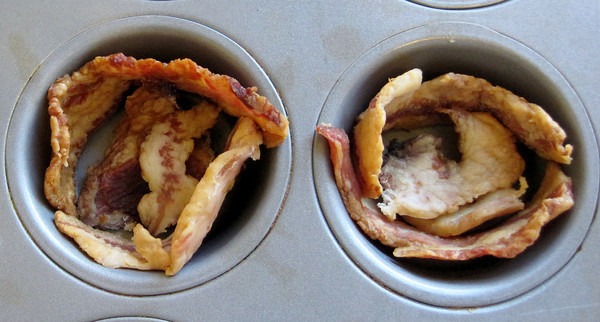 Wrapping the cupcake tray with bacon. 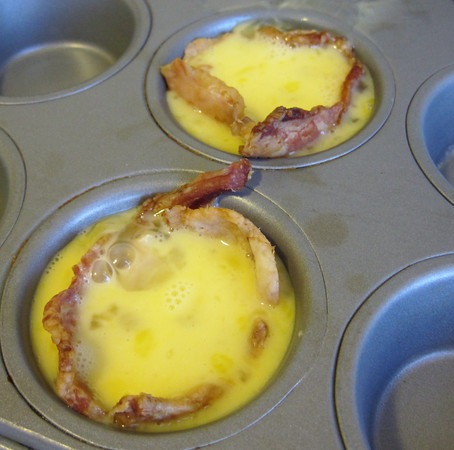 Here I added the scrambled eggs. 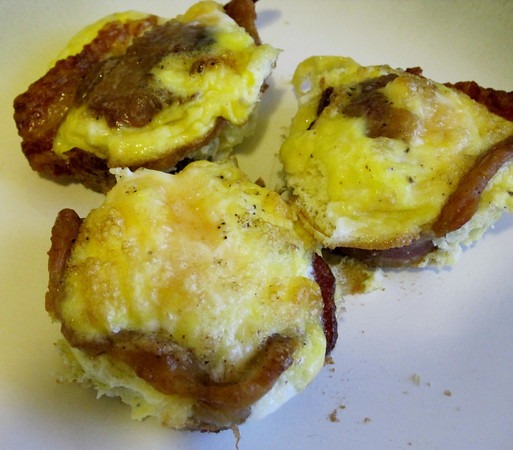 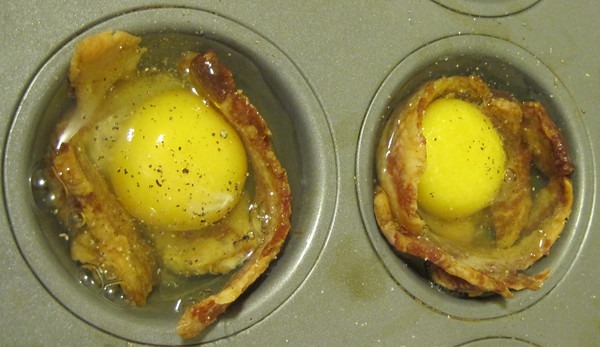 The next day I didn’t scramble the eggs and just placed them in whole. 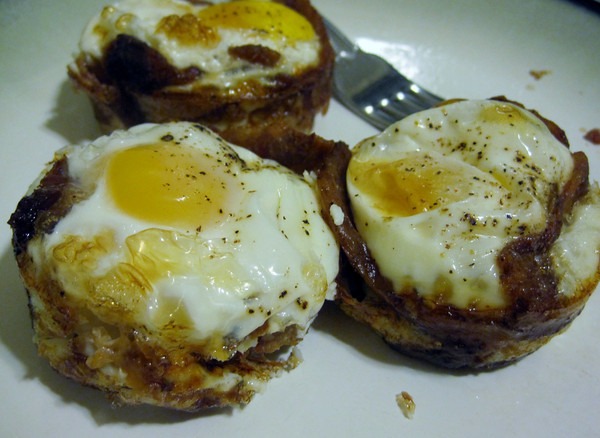 I baked these at 385 degrees for 15 minutes. Take #1 tasted good, but Take #2 was excellent. For Take #3, I am going to sprinkle in some red pepper flakes.

Next Dill and Caraway Sauerkraut