Why I Distrust Doctors

In the post Hunting Headaches Take 3, I wrote this:

I know we live in a fear mongering climate, but I do not consider my headaches to be an emergency situation. I’ve had them for many years and all other aspects of my health are stellar. So, I’m not surrendering to medical professionals. At the point where I’ve exhausted all avenues, I will. I’m not there yet.

I have 3 motivations for figuring out and solving my headaches. 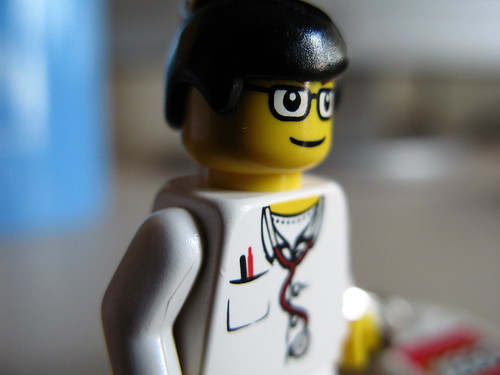 Things I Have Visited The Doctor For Since Adulthood

Rosacea – Both in Florida and here in Seattle, I saw dermatologists to address my rosacea. Both prescribed a massive battery of pills and creams. They were able to manage the problem, but it was expensive and it never addressed the root cause. They attacked the symptoms.

In the post Be Your Own Dermatologist, I describe how I cured my rosacea by eliminating wheat from my diet. Never once did either dermatologist mention the possibility that I might have a food intolerance. I know now that inflamed skin can be a sign of internal problems. Today if I ever get a blemish, I can reflect upon what in my diet changed that week and perform an elimination test to isolate the cause. No doctor needed.

Back Pain – When it comes to back pain, doctors are clueless. I got X-Rayed and scripts for painkillers. Even discussions of surgery, despite the fact I was clearly healthy. The chiropractor was even worse. I spent a year getting my back popped and neck snapped. My health insurance paid for most of it. As soon as the health insurance ran out, my chiropractor deemed me healed. It feels good to get an adjustment, but the benefits are short-term and did nothing to address the root causes of my back pain. Only when I took control personally was I able to figure out the cause of my back pain. No surgery, pills, or therapy was required.

Ring Finger Injury – Back when I had a home gym, I thought it would be cool to do rope pull-ups. It was fine for a while. Then I tore something in my left ring finger. I wasted months getting X-Rays, pills, PT sessions and on my very last visit, they took out a needle and gave me a cortisol shot. The shot did it. By the next morning, I was 100% healed. I was angry that they didn’t even suggest this before.

Wrist Surgery – I strained something in my right wrist and didn’t want to heal. After a convincing presentation, I was talked into wrist surgery to repair the tendon. I was told I’d be 100% healed in 2-3 months. I was told the anesthesia would be most likely be local. The anesthesia ended up being general and it would 6 months before I could do a single open hand girls push-up. It would be a year before I was 100% better.

And here is the kicker, once they got the wrist open, they discovered there was no tendon damage, but found some benign cyst and removed it. They mentioned that the cyst would not have warranted surgery, but since they were in there they removed it. I will never know what was really wrong with my wrist and if the surgery helped it or delayed my recovery from something that would have healed on its own.

Intestinal Problems – In 2009, I went two weeks with intestinal issues, so I saw a doctor. I ended up paying $600 in tests that were not covered by insurance. Later I learned one of the tests required me to fast to get an accurate reading, but that was never communicated by the doctor. They were too busy ringing the register.

They found nothing wrong with me, but gave me an expensive prescription to deal with the pain should it surface again. Thankfully an ethical pharmacist was on staff when I went to fill my script. He showed me an over-the-counter version of the same medicine that was 90% cheaper. Despite all the time and money I spent chasing down my gut issues, I still do not know what happened to me. Maybe I healed my gut with fermented food?

You Are Your Own Best Doctor

The weekly podcast Latest In Paleo has a saying that I love. It is that human beings are not broken by default. Amen! Daytime TV and medical drama shows like House promote fear of things we can’t see and that are out of our control. But we can take some control of our health outcomes. I have and I will continue to. If I need emergency treatment or I can’t figure something out, I will absolutely seek medical attention. But for the most part, I distrust doctors (dentists too). Now you know why.

Next Intermittent Fasting – The No Hunger Method

Previous My First Week Back on Coffee