This will be a quick post describing what happened after I ended the Tales From the Glitter Gym series in January after getting linked from Metafilter and receiving a huge amount of negative feedback. I was planning on ending the series anyway and it seemed a perfect time to pull the plug. Plus I had good reasons to not respond to my attackers. 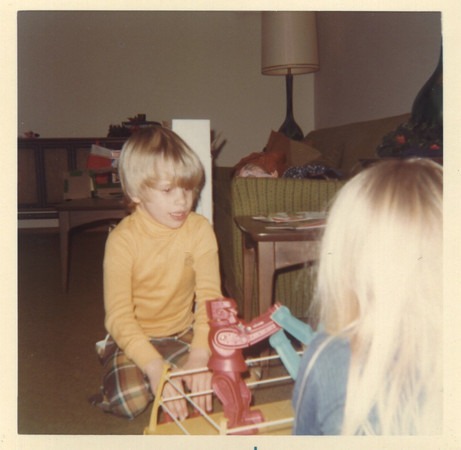 Me and my sister engaged in a Rock ‘Em Sock ‘Em Robot battle.

One of my critics gave me an idea for a post that would eventually become The Myth of Cardiovascular Training. This post ended up being well received in the High Intensity Training community. Back when I wrote that post I was very new to HIT and still trying to figure things out. After that post, I received an invitation to visit Ideal Exercise for a HIT workout. Super trainer Greg Anderson took me through the most intense 9-minute workout I’d ever experienced. What I thought HIT was and what I experienced were two different things.

Since that workout, I have fully embraced HIT. These days I am experimenting with an outdoor version of HIT. 2011 turned out to be the best year I had in strength training in a decade. Despite being ten years older, my joints never felt beaten down. My fitness posts got better and my site traffic went up over 50%. Along the way, I received some excellent comments in the blog which have further improved my health.

This chain reaction of events all started one Friday back in January. Deciding not to engage in an Internet battle and instead retire Tales From the Glitter Gym turned out to be the best decision I made in 2011.

Next The Best and Worst in Seattle Espresso: 2011 Edition