One of the most impressive sections of Korean grocery stores is the seafood section. Lots of care and attention is placed on the seafood options. Up until recently, I hadn’t purchased any fish and instead focused on the beef and pork dishes. Last week I bought some salted yellow croakers. I had no idea what to do with them, but I quickly learned that they are used for soups. The croakers I bought already had their fin removed and were ready for cooking. And unlike fish served at American grocery stores, the heads were still attached. Eyeballs and all!

I kind of followed the recipe posted in the description of this YouTube video. I didn’t have the cooking wine or hot pepper oil. I also was out of anchovies used to make the Korean Anchovy Kelp Stock. It didn’t matter, as the soup tasted awesome. My fish had lots of little bones, but it didn’t bother me to remove them as I ate the soup. I also made some rice which I added to the soup. 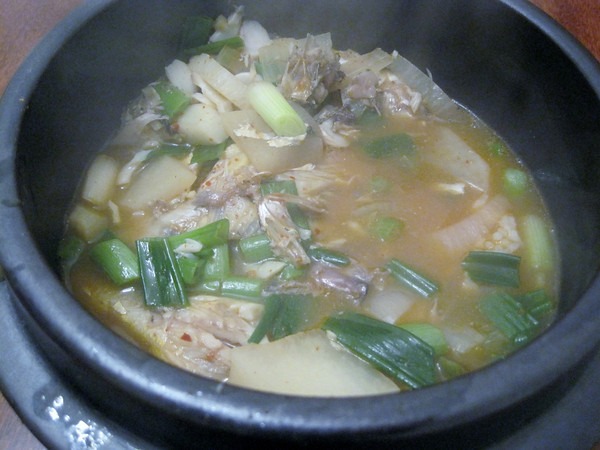