Getting the Genetic Test

In the post Genetic Knowledge Dilemma, I mentioned that I was concerned about what I would learn from a genetic test. Briefly, my logic was that I already was following a healthy lifestyle and that knowing of a health risk wouldn’t impact my behavior and could likely lead to additional stress about a condition that might never come. Since the post, I got some excellent comments and got to see the data from a test a friend took.

I have decided to get the test. 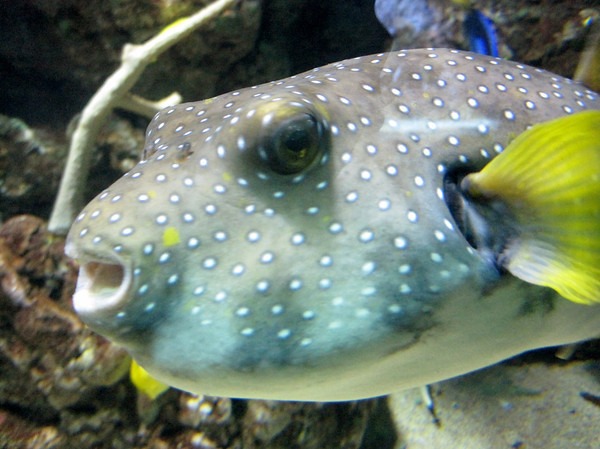 This fish has nothing to do with this post, but I recently went to the Seattle Aquarium, so I thought I’d share it. 🙂

There were three reasons I decided to get the test. The first is that although I have no plans to have children, it would be nice to know if I am genetic gold or genetic junk before I need to make such a decision. The second reason was that I was too focused on the chronic illness aspect and not the minor details that could help me improve day to day performance. One example is the gene for caffeine metabolism. There are others.

However, the big reason I am getting the test is because different diseases have different symptoms. It isn’t enough to know that your healthy lifestyle could delay or prevent the illness. If you know which illness you are most likely to get, you can map out a worst case scenario and imagine a life with those symptoms. That is exactly what I did. And when I did it I realized that I might make different choices for different chronic illnesses. It could affect where I lived, my career and even hobbies. And although I live a healthy life, knowing which illness I needed to delay, I could go from living a generically healthy life to one customized for the chronic illness the test revealed was likely.

Next So Much Paleo Drama