I just recently received a comment alerting me that the genetic test done by 23andMe is now being sold for just $99. When the price was higher and collected fewer data points, it was easy to decide to hold off on those tests. Kind of like how I’m never an early adopter of technology. I am always content to wait for version 3 or even version 10. The longer I wait, the more I’ll get for a lower price. Now that 23andMe is both affordable and more extensive, they removed the barriers that were keeping me from getting the test.

Yet, now I hesitate. Why?

Although I’ve always been interested in nutrition and fitness, it wasn’t until I was exposed to the ideas of Art De Vany that I really believed that I was in far more control of my health destiny than I had imagined. I never thought I’d lose 20 pounds of fat without surrendering muscle, but I did. I always thought I’d have some level of rosacea. I had no idea that changing my diet could eliminate it, but it did. Later I became cold temperature tolerant and learned how to control my hunger for fasting. Both of these seemed impossible to me.

The Paleo approach made me believe that I was resilient and could tackle anything. Maybe my health outcome wasn’t just about genetics. Then I learned about epigenetics. Epigenetics is about the environmental information you pass to your genes. Food, exercise, stress, and toxins. The short version is that by change the message your genes receive, you can alter their expression. My post Learning About Epigenetics from Dr. Bruce Lipton goes into this topic more.

Then about a year ago I started to question a lot of the health information I had learned in the prior few years. There seemed to be a lot of holes and conflicting opinions. I went from confident and empowered to confused and at times frustrated. I haven’t posted much on this because I am still thinking about some of these ideas. Maybe the genes do get the final say? 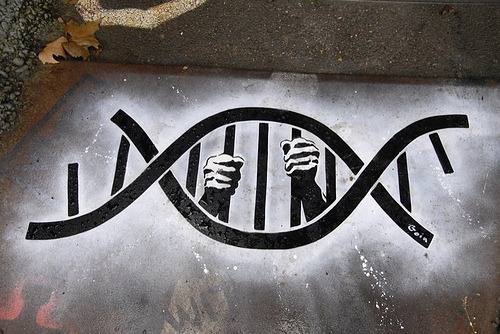 Let us assume that we each carry a genetic marker for a future chronic illness. One of the selling points in knowing is that we can make lifestyle changes to delay or prevent the expression of that illness. But shouldn’t we be doing that anyway? What if we are? If one already eats a low toxin nutrient-dense diet, exercises safely, and engages in other healthy lifestyle activities, does knowing make things better or worse? I used to believe that different illnesses required different approaches, so in those cases, you’d want to know which one you had and pursue that path. Not anymore.

If I try and imagine myself getting genetically flagged for each of the major chronic illnesses, I can’t see where I would change my behavior that could improve my outcome for that one option. Conventional Dr. Oz type doctors think preventing heart disease has one set of recommendations and preventing cancer of diabetes might have another. I don’t. Remove the toxins and eat a nutrient-dense diet. Get good sleep, exercise safely, and hope for the best.

Let us say that I took the test and discovered I was at high risk for something that would either end my life prematurely or have tremendous health costs. I could then purchase life and health insurance based on what I know, but this would technically be dishonest if not fully disclosed. Other policyholders would end up paying for your lie if the illness manifested.

If you are married or have young children, then knowing might make more sense as you can plan accordingly. The downside is others that care about you are now worrying about something negative that may never happen.

Privacy is an interesting angle. Although you may believe that you could keep all your medical information private, you can’t assume that. Confidential data is being hacked all the time. But one doesn’t even need to hack systems to ascertain your health status.

There are companies that mine data based on your social network statuses and the purchases you make with credit cards. The book The Power of Habit: Why We Do What We Do in Life and Business by Charles Duhigg has a section on how companies are doing this. Retail giant Target customizes direct mail advertisements to women that they were able to detect were pregnant from purchasing patterns and basic demographics. If they already figured out the formula to accurately predict pregnancy, they are likely already working on ones for chronic illnesses.

If businesses trying to build loyal customers are engaging in this level of data mining, then you can assume future employers will do the same. Should they devote company resources to train the job candidate with a 2% chance of developing cancer or the other candidate that has a 5% chance of getting diabetes? Crunch the numbers and you’ll have your decision. Yes, it is illegal to deny employment to someone based on health status, but that doesn’t mean it won’t happen. The employer just needs to find a legal reason to deny employment.

For me, this is a dilemma. I am very interested in collecting health data for things that I believe I can control, such as learning about a food intolerance. With genetics, I don’t know if I can gain anything from that information, other than peace of mind if the test comes back clean. But that is a gamble. It may not comes back clean. Worrying about something you believe may not be in your control isn’t good for one’s health. Should I get the test? I am leaning towards not getting tested for the reasons cited above.