The Common Enemy in Nutrition

There are so many conflicting opinions on nutrition. What one camp finds healthy is considered unhealthy by others. The low carbers fight the high carbers. Paleo and vegetarians attack each other. Everywhere you go there is rampant disagreement. Every side has their PubMed Warriors ready to drop links to prove someone else is wrong.

If you are a hobbyist or a regular person just wishing to improve your health, it can be frustrating. It was frustrating for me too until I noticed there was a single point of agreement that spanned the different nutritional philosophies. The common enemy in nutrition is excess PUFA (polyunsaturated fats), specifically Omega 6 fats. The most common source is industrial seed oils.

Agreement Across the Board

One of the core principles of Paleo is to lower excess n-6 consumption by replacing vegetable oil with saturated fats. The Primal Blueprint by Mark Sisson does a good job alerting aspiring Paleo dieters on the dangers of excess n-6 in veggie oils.

The Perfect Health Diet lays out a strong case for restricting excess n-6. So does Deep Nutrition and Primal Body, Primal Mind.

The most anti-PUFA camp is probably those that follow Ray Peat.

Even some top vegetarian doctors are now advising against vegetable oils. See the slides from Denise Minger’s AHS talk on How to Argue with a Vegetarian. Dean Ornish, Caldwell Esselstyn, John McDougall, and Neal Barnard are all listed as either forbidding veggie oils or greatly restricting their use.

I don’t know of a single respected health writer or teacher that has defended high n-6 intake. 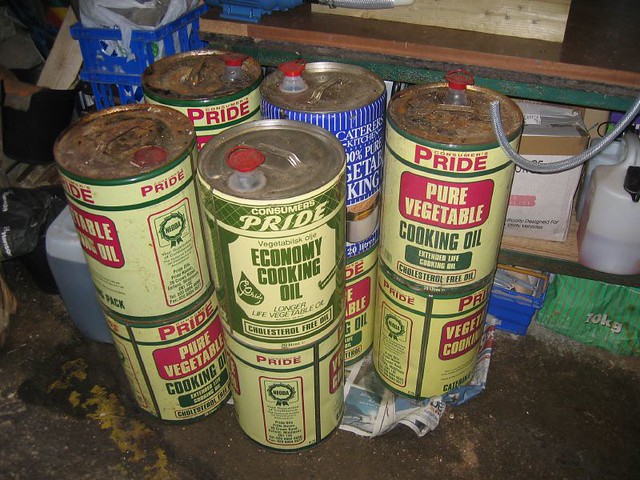 Photo by Jon Starbuck. Vegetable oil is good for diesel engines, not for humans.

You can be high carb, low carb, pro-sugar, anti-GMO, vegetarian, gluten-free, or Paleo and still avoid excess PUFA. Avoiding excess PUFA is usually thrown as one of several ideas one can use to improve their health. But it is the only idea the smartest people in the nutritional field seem to agree about.

Here are a collection of ideas that most of my readers probably already know about, but in the event that you are coming into this post with less knowledge on PUFA, here are some ways to reduce your intake in order of importance.

I’ve wondered how much of a role reducing PUFA has in bringing one closer to optimal health. Meaning that if you did nothing else out of the ordinary in your diet, how much benefit would you get from just this one habit? I suspect it would be a lot.

Part 2: The Problem with PUFA

Next The Problem With PUFA