I hesitate to post this, but I need to hear from others. As some of you know I sometimes experience night headaches that wake me up in the early hours of the morning. When I stopped quantified self, my rate of headaches dropped considerably. For a few months things were going OK.

Then I read about how the Candy Crush Saga game was sweeping the country in popularity.

Normally I don’t play video games, but I like to have some awareness of popular pop culture. For example, I watched an episode of Jersey Shore just so I would know what a Snooki was. With video games, I watched my nephews play Call of Duty and I myself played a few rounds of Angry Birds. So I decided to see what Candy Crush was all about. 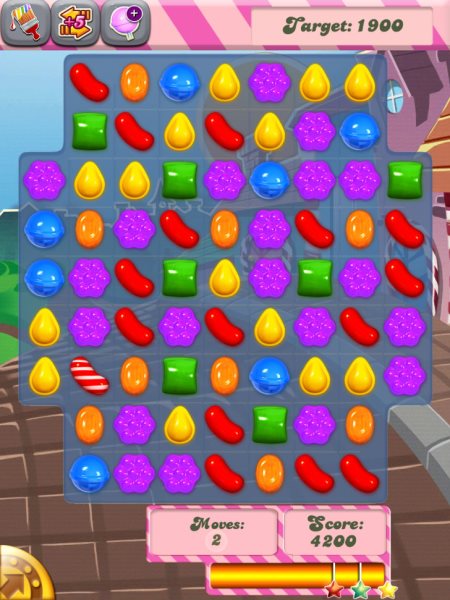 Candy Crush turned out to be the most addicting game I’ve ever played. And I don’t even like video games. When I installed it, I figured I’d knock out a few levels and then never play again. Like I did with Bejeweled a decade ago. That was the plan. But this games gets in your head. I couldn’t stop playing. Thankfully, I never connected the game with others on Facebook.

During the month of December I installed and uninstalled the game three times. I watched video tutorials on YouTube to guide me through levels. I was seeking out Candy Crush tips from friends and family. And I was getting way more headaches. I was fully prepared to blame the increase in headaches on the season. Shorter days means I tend to consume more caffeine and caffeine in high levels is a known trigger for me. But I uninstalled Candy Crush two weeks ago and my headaches have dropped all the way down to pre-Candy Crush levels.

If you’you’ve ever found yourself slouching over your phone playing Candy Crush for hours, you may want to give it a rest. The brightness of your screen activates the retina and the nerves behind the eye, which can cause eye strain and head pain—and the same goes for your laptop.

I was playing Candy Crush from my iPod, which is a device I mostly use for music and only look at briefly. I was suddenly spending an hour or two, often before bed bent over playing. During the time I was playing the games the most, I got what I am calling Candy Crush Elbow. Crushing candy is tough work. 😉

I’ve been clean and Candy Crush sober for two weeks now and am feeling better. Anyone else get headaches from this game or others?

Previous How Low Carb Paleo Can Fool You