How Low Carb Paleo Can Fool You

Yesterday I listened to an excellent podcast between Justin Manning and Richard Nikoley. It might have been the single best hour of any health podcast I have heard. Unlike most health podcasts today which promote neurotic food obsessions or unsafe fitness practices, this was the story of Richard Nikoley of FreeTheAnimal.com and what happened on his journey into low carb Paleo.

His story is important because he has been doing this for years. He is also over 50 years old. Hearing about how some 25 year old got ripped doing 6 months of Paleo and CrossFit tells me nothing. You’re supposed to be fit and healthy at 25. And unlike Art De Vany and Mark Sisson, Richard was never a professional athlete.

Richard and I share a lot of similarities. Both of us came into Paleo via the writings of Art De Vany. We both lowered the carbs. We both lost weight. We both had issues after our weight loss. We both questioned and eventually rejected the anti-carb dogma. Along the way, we experimented with intermittent fasting and cold exposure.

Early in the interview, Richard mentioned how influential the book Fooled By Randomness by Taleb was to him. This was the same book I was reading at the time I first was exposed to Paleo. I believe that book along with our backgrounds in investing helped us think differently about the various health claims during our journey. Richard saw it faster than I did in nutrition. I was focusing more on the survivorship bias rampant in the fitness community. I even put out a post calling Taleb to task for being fooled by randomness on his own fitness routine. 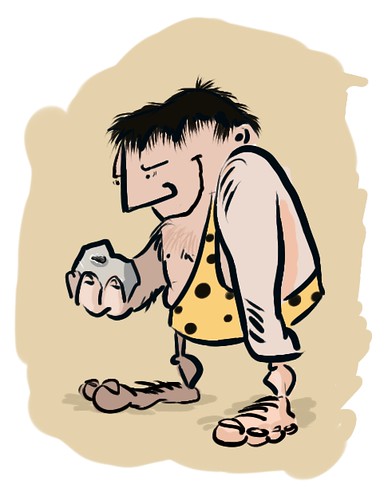 Although the entire show is good, I want to highlight the portion that starts around 21:20. Here are the notes I took.

The book Fooled By Randomness discusses attribution bias. We try to find the reasons that explain a result and sometimes we get it wrong. Richard got it wrong. I got it wrong. Unlike several of the charlatans in the Paleo community, we are willing to admit it. Paleo is a wonderful narrative. It really is a shame that it got hijacked by the low-carb cult.