Life After Quantifiable Self

On September 1st, I quit my Hunting Headaches quest. After 2.5 years of tracking, I’m now 2 months free of the daily quantifiable self habit. Did taking my eyes off the data make things worse? Nope. I guessed that ending my daily data collection would have no effect, which is why I ultimately decided to quit tracking. But I was wrong.

For three weeks after I ended the daily data collection, I didn’t get a single headache. That is a record. Even in my month with no coffee that never happened. In fact I didn’t even get my first headache of the month until someone asked how it was going and then I became aware that I was having a record month. My coffee levels were still elevated.

The obvious explanation is that although my time commitment to quantifiable self was small, the stress of daily tracking and trying to affect an outcome was likely a cause of the headaches. Early on in the project when it was clear that I wasn’t able to solve the riddle of night headaches, I regretted posting on the experiment. I became the experiment and for over two years I was failing at it and doing so publicly.

The past two months I’ve had a noticeable decline in both headache quantity and intensity. Even lower than the two months where my caffeine levels were extremely low. And I had a higher than normal level of coffee during this time. My sleep quality was also excellent. Stepping away from the daily tracking was a wise move.

Is Quantifiable Self a form of Journaling?

The book 59 Seconds makes a strong case that writing about our problems is more effective than thinking about them.

Thinking can often be unstructured, disorganized and even chaotic. Writing encourages the creation of a storyline and structure that helps people make sense of what has happened and work toward a solution. Writing is a systematic solution based approach. 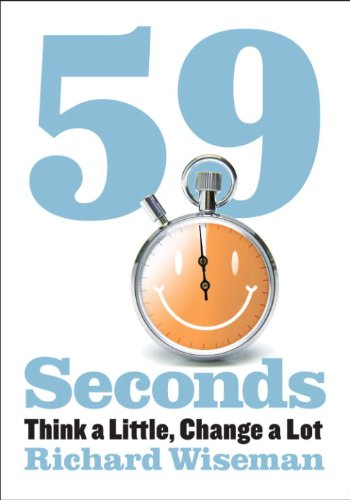 Is numerical quantification of our experiences a form of journaling? It is a question I don’t know the answer to. In a comment that I can not find (there are 9,000 on this site), I recall someone (probably Glenn) saying something profound that has stuck with me. Data is the opposite of human relationships. In other words, what makes us human are those things that can’t be quantified.

I wish I had an answer on when QS is a tool for good and when the act of data collection becomes a problem. I’ve clearly gotten some benefits from tracking, but I still need to find that balance.

The site The Unquantified Self has thought a lot more about this than I have and has a few excellent posts on this topic. Be sure to read Why This Blog and Think Before You Track – the Uncertain future of Quantified Self. One line I really likes was:

If you are going to track, focus on testing interesting hypotheses using simple experiments lasting a relatively short time.

Although my Hunting Headaches experiments were simple, the collective duration was too long and it stopped being interesting once my confidence in solving the riddle was diminished.

Yesterday I had a lot of coffee. More than normal. It was a level that my 2.5 year dataset would have predicted a good probability of having a night headache. But I’m not looking at the data anymore. Slept a perfect 8 hours with no headache.

Next Stepping Away From the Glitter…Again!

Previous Who is the Guinea Pig Dr. Katz?