This will be a quick post on the status of my latest experiments. I’ve been sick since Saturday and haven’t felt like posting.

There are two current experiments related to sleep. The first I outlined in the post An Amazing “Back to Sleep” Hack which involves dissolving a pinch of sugar and salt under the tongue to help go back to sleep. This trick continues to work wonders. This might be the best hack I’ve stumbled on since I started my renewed interest in health in 2007. Well except for eliminating wheat.

The second hack was mentioned in the comments of that post. It involves consuming tablespoons of honey prior to bed for deep sleep. I’ve tried this three times and it hasn’t helped a bit. But in fairness to this sleep hack, it might be better for those that have trouble initially falling asleep, which has never been my issue. 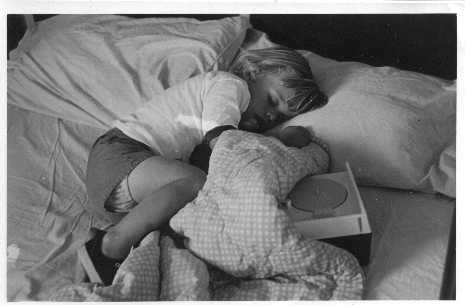 In the post Reversing Gray Hair? Part 2, I theorized along with some commenters that a combination of L-Tyrosine and Copper might stall the progression or even reverse gray hair. Five months have passed since that post and I have been diligent about taking both those supplements. For me the result has been the gray is coming faster than before. I don’t think the supplements caused the acceleration, but for now it appears they aren’t doing what the experiment hoped they would do.

Oh well, bring on the gray. With my longer thick hair, I’ll probably end up looking like Bill Fleckenstein.

Going forward I’ll continue taking copper for its heart health benefits, but I’ll probably only use L-Tyrosine when I reduce my coffee levels.

It has been almost a year since I reported on my tight neck. Well it turned out the problem was defined incorrectly. In November I mentioned my neck while writing a book review of Becoming a Supple Leopard.

Recently I went to see Nikki at Indigo Kinetics about my tight neck and shoulder. Through close observation, she was able to see that my neck was fine, but I was over-recruiting rhomboids, upper trapezius and pec minor and under-recruiting my rear deltoid, serretus anterior, and low/mid trapezius. The result was some unnecessary shoulder elevation and  shoulder blade retraction in my movements. This was causing my neck to tighten up. I never would have caught that from a book.

My tight neck turned out not to be a tight neck. Once this was figured out, I started exercises to re-engage those outer back muscles. I also stopped doing all those neck mobility movements. And the neck tightness is almost all gone now.

Love to hear what experiments you’ve been working on recently and if you’ve seen any progress. The only other experiment I can recall in my tired state right now is my knee rehab. That is going along fine, but too soon to tell any results.

Next Body Language and Exercise Warm Up

Previous 21 Ideas From Eating on the Wild Side