In mid June I decided to revisit the Tim Ferriss 30 in 30 experiment. The 30 in 30 refers to getting 30 grams of protein ingested within 30 minutes of waking. Doing this is suppose to help you lower appetite and lose weight. Although real food is ideal, Ferriss says it is OK to have a whey protein shake for convenience.

When I first tried the 30 in 30 experiment, I discovered my appetite actually increased. I gained weight. Was it the fact I was eating much earlier in the day or was it the whey protein? In the post Revisiting the Tim Ferriss 30 in 30 Experiment? I started to think it might have been the whey. So based off the recommendation of HealthNutNutrition, I bought some casein protein and restarted the experiment.

Due to moving twice, getting food poisoning and losing my scale, I don’t have any valuable weight data, but I will report that casein does a MUCH BETTER job at suppressing my hunger than whey. Whey might be fine for post-workout quick nutrition (personally I think ice cream is a superior choice), but it sucks when it comes to holding down my appetite. At least it did for me.

I’m not the only that has noticed the effect casein has on hunger. From The Value of Casein Protein by OneResult:

The second reason casein is a great addition to any supplement routine is its appetite-suppression qualities. Unlike whey, when casein is digested it morphs into a gel on the inside of your stomach lining (as opposed to dissolving right away as whey does). This gel-like substance sends a message from your stomach to your brain that you’re full, preventing you from overeating.

For this reason, many people find that they can go hours without food after having a casein protein shake…

I used this casein protein. Doesn’t taste great, but it doesn’t taste awful, which I guess is an endorsement when it comes to protein powders. 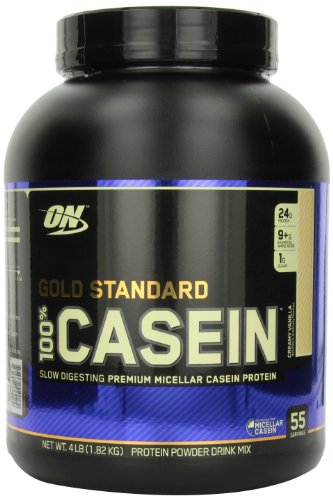 When the casein runs out, I will probably switch to cottage cheese. For a long time I was avoiding cottage cheese because the Ray Peat folks have demonized carrageenan almost as much as PUFA. Carrageenan may still have risks, but they might be overstated. Even if it is problematic, I see using any potential unhealthy food such as carrageenan as a tool to a greater health goal, which is fat loss. Once the weight is dropped then drop the tool.