Using the Power of Story for Fat Loss

In previous posts, I mentioned how this year I’ve been thinking a lot about the role of stories when it comes to fat loss and diets in general. Stories provide easy to understand compelling frameworks to follow. Stories can provide novel ways for us to view our relationship with food in ways that inspire us to take action or be more compliant.

Stories are often more persuasive than facts and good stories will have a visual component.

Every successful diet is some combination of a reduction in calories and increase in activity. CICO or Calories in Calories Out. Eat Less, Move More. This is boring. It is not inspirational. And we all know it has a high failure rate.

Most people that have tried to lose weight have attempted to go head-first on a diet in this manner and most have failed. Many have failed repeatedly. So even if we know we need to do this again, we mentally hesitate not just because it is hard and requires willpower, but because we know we likely will fail. Knowing this might be a conscious or subconscious thought, but we know it.

Most people that have tried to lose weight have tried to go head-first on a diet in this manner and most have failed. Many have failed repeatedly. So even if we know we need to do this again, we mentally hesitate not just because it is hard and requires willpower, but because we know we likely will fail. Knowing this might be a conscious or subconscious thought, but we know it.

Paleo, The Zone, and Vegetarians

Paleo is an example of a great story. In this story, we have visions of warriors walking the plains and hunting ferocious animals. We have an enemy: Modern foods. And because so many other people have discovered Paleo, we also have a tribe. A simple and compelling narrative we can follow.

The result of a Paleo diet is increased focus on nutritious foods, more activity, and a reduction or elimination of processed foods. For many, this leads to a reduction in calories and an increase in fat loss. The story serves their need even if the details weren’t always true.

Meanwhile, The Zone Diet which made a splash in the late 1990s never gained the traction and excitement that we see in Paleo. The idea of a magical zone of nutrients captured our attention for a while, but making 5-6 small meals each day with the correct ratios was a chore. Although it did the same thing the Paleo Diet did, it was a worse story.

Vegetarians have an amazing and compelling story which is they can do their part to stop the suffering and slaughter of animals. Although vegetarianism isn’t a fat loss diet, it does have a high compliance rate. That story is extremely powerful.

Both Paleo and vegetarianism are visual stories. The Zone is not. 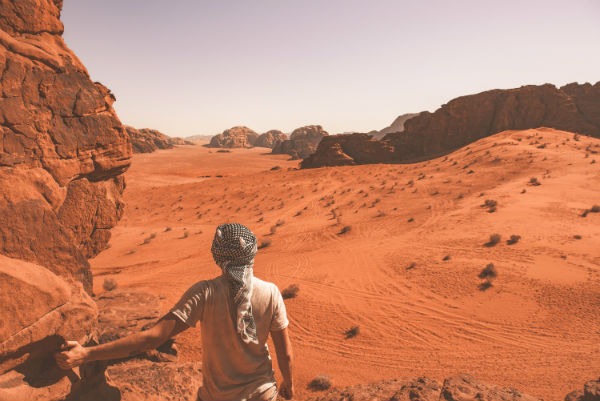 The Problem With Stories

Although it is possible to adopt a simple story and use it successfully for months, years, or even longer, we live in a world where we are bombarded with conflicting information. Our stories will be challenged. That may or may not be a good thing.

Going back to this post where I told how my friend believes firmly in the Atkins Diet and carbs will also make him heavy regardless of calories. If that story falls apart for him, will it inspire him to find a new path and improve his health more or will it send him down a path where he feels even less in control with more hopelessness? In this case, I suspect the latter. So the story he believes, which isn’t completely true, is serving him well right now.

But people like us – the people that read health blogs – don’t live in bubbles. Our stories get challenged all the time. If someone successfully rattles our beliefs, our story will lose its power to inspire us. Maybe not 100%, but the seeds of doubt will have been planted and that same inspiring story will no longer be as motivating. And without an equally compelling story to move to, you very likely will find the gains you made slip away from you.

You may not need a story, but I’ve discovered they can be extremely motivating and powerful. They work. But we can’t lie to ourselves. Calories do count. Willpower is not unlimited. We live in a world of endless food choices, many of which have been designed by food chemists, that know you better than you know yourself.

Stories work because they provide a simple framework we can use to navigate our modern world without having to think about the details. Good stories should also be visual. A Paleo warrior hunting is more visual than a Zone dieter weighing food on a kitchen scale. Both are going to eat similar amounts of protein, yet one vision inspires and one doesn’t.

In an upcoming post, I will tell you about the story I created and how well it has worked for me so far.