Last April in the post Shivering My Way to Leanness, I discussed how I was inspired by evolutionary fitness guru Arthur De Vany to try cold weather exposure. In a nutshell, throughout thousands of years of human history, it has only been in modern times that humans have lived in perfectly controlled temperatures. As an organism, we are losing our ability to adapt to cold weather stresses.

Went to the gym this morning at 7:45 AM in my tank top and shorts. It was a bit brisk, but not cold. At least that is what I thought. When I got home I checked the weather and it read 41 degrees (5 C). I guess Ive acclimatized to the Seattle area.

The above story was a short trip to my gym by car, where I had only a few minutes of outdoor air exposure. The testing has gotten a lot more intense. On an average day, I am now spending between 1 to 2 hours outside. As temperatures gradually dropped from the summer 70s to the current mid-40s, I have remained in short-sleeved shirts. If the wind is strong, I’ll add a thin fleece on top, but that has only happened once so far this season. 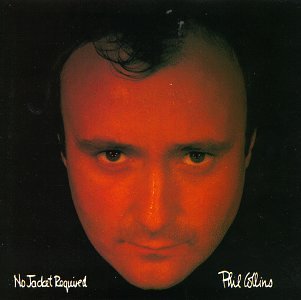 My cold weather exposure tests are not to be confused with the 1985 Phil Collins release.

There are three goals of cold weather exposure.

Although my testing will continue, I want to give a status report on how these goals are being met.

While putting this post together, I discovered a 3-minute video by Art De Vany explaining how cold weather exposure accelerates the burning of body fat.

Since content by Art De Vany is often moved or removed from the Internet, I’ve taken some notes from the video below.

Note that when you watch the video that De Vany is 71 years old, 6’1, and weighs 195 pounds. No Jacket Required, indeed!

Next Anatomy of a Good Trade