Yesterday I posted Power To The People – 10 Years Later. It details my experience following the advice of my first real fitness mentor, Pavel Tsatsouline. Pavel made a convincing case against training to failure in his book. His points:

This made sense to me when I first read the book in 2001.

My second real fitness mentor is Art De Vany. Like Pavel, Art does not advocate training to failure. He cites two reasons in his book The New Evolution Diet.

De Vany confirmed with me what I had learned from Pavel. 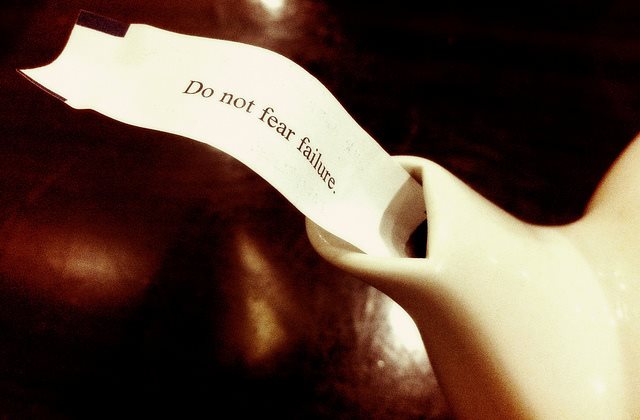 When I first read about High-Intensity Training years ago, I was highly skeptical and never tried it. It was Dr. McGuff’s book Body By Science that convinced me to give it a try. His Big 5 workout routine involves doing 1 set to failure on five machine exercises. The movements are controlled and slow.

Body by Science made such a strong case for High-Intensity Training that I came to the conclusion to give it a try.

When I visited Ideal Exercise, a High-Intensity gym in North Seattle, I brought up this question to Greg Anderson. He said something I’ll never forget.

It really is an interesting way to look at the flip side of Pavel and De Vany’s neurological argument. At that moment when things are getting hard, do you end the workout (quit) in a success mode, or you power through and recruit more muscle until total failure is achieved? Does the brain recognize quitting as success and maximum effort as a failure?

Pavel’s argument about how the strongest people don’t train to failure is weak. There is a survivorship bias with lifting an extreme volume of weight. The freaks of nature will always be able to recover faster than us mortals. If a body can tolerate high weights on high volume, then it would necessitate reducing intensity in order to squeeze in more workouts. Pavel also works with elite military and law enforcement, both of which weed out all but the most gifted candidates. The fact they don’t train to failure is not relevant.

De Vany’s safety concerns are addressed in the High-Intensity community. Machines and slow movements prevent bad form. High Intensity also has its own breathing techniques and jaw position that differs from conventional weight training to prevent teeth mashing or holding of the breath. Watch this video and notice how the lifter keeps his head in a locked position and does rapid breaths to prevent grunting or passing out. His movement is always controlled and bad form impossible. I agree that going to this level of failure using free weights is not safe.

What Shall I Do?

I went from a training protocol that never went to failure to one that always does. If De Vany’s point about neurological failure is accurate, then I should be concerned. In nutrition, De Vany makes a solid case for not overloading one form of metabolism (glucose vs fat) and instead diversify for resilience. Perhaps a similar approach is needed here at the neurological level? Could altering the success and failure outcomes be the best hedge?

I suppose Dr. McGuff would advise me to train my skills to success. But what if I don’t participate in any other activities besides pushing weight at the gym? Do I need to find some movement-based activity outside the gym that I can train to successful outcomes? Maybe a sane version of CrossFit? 😯 Or the other option would be to occasionally take a break from High-Intensity Training and cycle in a few Pavel 5×5 workouts.

What do you think?

Next Reviewing Winter Strategies For Nutrition and Fitness