I haven’t posted about my night headaches since May. There are many posts about headaches on this site. When I started the project in March 2011, I was confident that I could figure it out quickly. But I didn’t. I tried many things and nothing seemed to help. Thousands of words have been written so far on this project, but all I’ve learned is what doesn’t work. Well, that is until recently.

In May I did a month test where I eliminated all fermented foods. The results were nothing. It had zero impact on my headaches. Then I decided to take a break from all tests to see if my stressing out about finding the answer was causing more headaches. So for a over a month, all I did was record 30 seconds of data each morning and not study patterns or run experiments. The result was still no change. Nothing was working.

Then things got better. 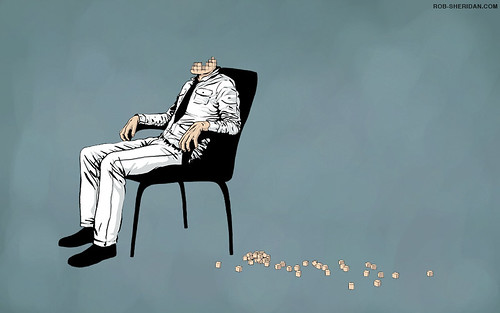 I was chatting with a friend about waking up with ear pressure. She had the same issue and told me it could be related to jaw clenching. She suggested trying a mouthguard. There was no dental evidence that I clenching my jaw, but I had a retainer that I stopped wearing years ago. I decided to give it a try.

That is a 45% reduction. At first I was concerned that this reduction took place during a long period where Seattle got no rain, but the trend has held up since the rain has returned.

Although not as bad as wheat, I have learned that I have an issue with either sorghum, millet or both. I covered how I discovered this in the post Results From My 30 Days Without Grains Experiment.

I can’t drink beer, wine or cider. They crush me. So taking the advice from one of those headache books I read earlier this year, I decided to experiment with gin. Gin and vodka are supposed to be the cleanest alcohols for people prone to headaches. I bought a bottle of a local award winning gin. Gin is distilled from wheat. My test involved having just 1/2 a shot around 6 PM with food. The data was clear. It showed an over 50% chance of getting a headache and usually they were intense.

Since gluten doesn’t make it into distilled liquor, I am now wondering if my issue is with wheat or was it the alcohol? Since then I’ve had rum twice, which is distilled from sugar cane and had no issues. Clearly not enough data, but something I will be testing further. In the meantime, no more wheat distilled alcohol.

This year I ate a lot of ice cream. When I first started this experiment, all I did was make sure the ice cream didn’t have gluten in it. As the summer progressed, I selected brands that were more clean. I made sure they didn’t have carrageenan or corn syrups and favored brands with minimal ingredients. I include this on the list because it may have been a factor.

I have learned that my headaches are caused by more than one thing. I hesitate to get excited, but I am pleased that headache intensity has dropped by 45%. Going without caffeine is the current test. There isn’t enough data to comment on that yet, but the downward trend has been maintained this month so far. Note that October 2011 was my absolute worst month for headaches, so this isn’t a seasonal bump.