Diet Colas and Changing My Opinion

Several times on my health journey I have changed my opinion on a nutrition topic. Part of the freedom I have as an individual is that I am not accountable to clients or some brand. I’ll embrace an idea, test it, use it as long as it suits me and then discard it when I need to. The one idea I have changed my opinion on the most has been diet colas.

In high school, I switched from regular Coke to Diet Coke. No calories! In college, I fell for the aspartame is an evil toxic compound argument and went back to regular cola. By the time college ended, I was a coffee drinker and rarely drank cola. Then during the dot-com era, I started drinking Coke again. Then I got all healthy again, I stopped drinking all colas. That was until Coke came out with a Splenda version of Diet Coke and eventually Coke Zero.

Coke Zero held my attention for a few years, then I became concerned not so much for the aspartame, but the benzoate compounds. I even wrote a break-up post with Coke Zero titled Yes, It’s Over, Call It A Day, Sorry That It Had To End This Way. That break up lasted until I found myself in the blaring heat of Thailand. Even after that trip, I would continue to drink maybe 1-2 cans of Coke Zero a month. 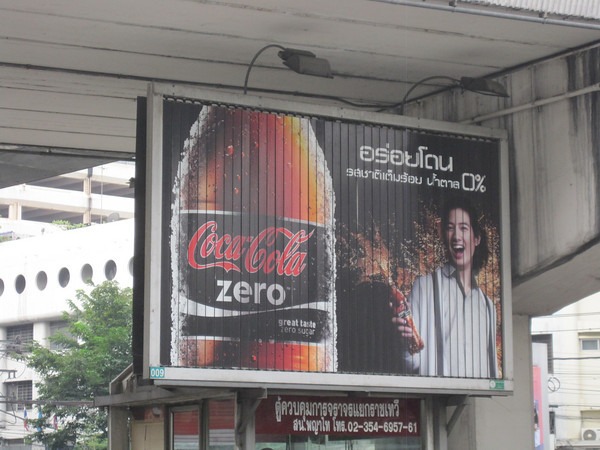 Why was I still drinking the occasional diet cola? Two reasons. One, I believed that diet colas could help on those mornings when I had a really bad headache that coffee and tea couldn’t eliminate. Two, I believed that the sugar from regular cola posed a worse risk than the artificial sweeteners from diet cola. Some will gasp at that statement, but there is a lot of hysteria when it comes to the dangers of diet colas. If it were 1% as bad as its critics claim, people would be dropping like flies. People drink a lot of diet cola and have for a few decades. I don’t see these people having worse health outcomes. There are some alarmists that treat drinking diet cola as if were like riding a motorcycle in the rain without a helmet. Really?

The first level headed examination of this topic that I heard was when James Krieger of Weightology appeared on the Bulletproof Exec podcast #15. I’ve listened to the show twice and I feel Krieger made the case that health risks from diet cola are way overblown. There are some people who get headaches or feel lousy from drinking diet colas. They should stop. James has a series of articles on the topic for paid members of his site for which I am not.

By the summer of 2012, I was still medicating with Coke Zero whenever I got an extreme headache. Then I noticed that my headaches would go away at the same rate regardless of if I drank a cola or not. So I stopped drinking diet colas. Later I discovered that lowering my coffee intake would be more effective in reducing headache frequency.

Why Am I Fearing Sugar?

Going all the way back to high school, the underlying assumption has been that sugar is full of health risks. Why else would anyone initially embrace diet cola? Last year I played with the idea that sugar may have gotten an undeserved bad reputation. Although I am still not convinced sugar is 100% innocent, I am no longer with the majority that believes it is evil. I cover my thoughts more in the post Why Ice Cream is Better Than Protein Powder.

The safety debate that I read about concerning sugar has to do with real sugar versus the corn syrups. Some say they are equal, whereas others have written about the dangers of the corn syrup variety. I honestly don’t know the truth, but last year when I made an effort to only eat clean ice cream (no corn syrups or carrageenan), my skin quality improved. So I started drinking the occasional Mexican Coke, which uses regular sugar and I feel fine. It also tastes a lot better than corn syrup Coke or any of the diet cola offerings.

I am not convinced that any cola is healthy, yet I think I am fine with regular or diet. Since I drink so few colas, the best option for me now is Mexican Coke. Once again I am rejecting diet colas, but not because I believe they are dangerous. Diet colas don’t help my headaches, they don’t taste as good as real colas and I no longer fear small amounts of sugar. It is likely my opinion on this topic will change again. For the record, I still think the best option is no cola, but sometimes I really crave the taste of Coke.