Rage Against the Gluten Skeptics

The gluten defenders lapped up the article This Is Your Brain on Gluten by James Hamblin. Anything that conforms to their opinion that avoiding gluten makes one orthorexic is a message worth spreading. The article goes after Dr. David Perlmutter, who wrote the book Grain Brain, which is about his view that grain consumption is linked to brain diseases from dementia to ADHD. 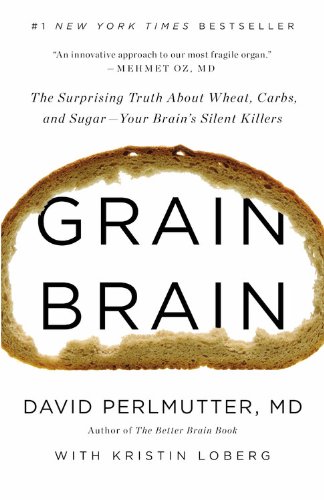 I clicked onto the story because although I am receptive to the message that a doctor is getting positive results by getting his patients to remove grains, I am deeply skeptical that all carbohydrates are bad. I haven’t read his book, nor do I plan to. I avoid wheat because it makes me feel terrible, I eat fruit and ice cream because it makes me feel wonderful.

The article actually started pretty decently, even including some comments from Chris Kresser, who is one of the few remaining health bloggers that I still respect. Then the article turned to crap. Our reporter reached out to Dr. Katz as a source to discredit Dr. Perlmutter. Remember that name? He is the doctor I mocked in the post Who is the Guinea Pig Dr. Katz?

I mocked him because he calls canola oil “heart healthy” in his just-published book and he lumps saturated fats with trans fats. He even goes as far as to refer to butter as artery-clogging. In 2013! Of course, his book is super pro-grain. This is the expert The Atlantic reached out to? Can you say biased? Katz even got to plug his book in the article, referring to his own work as “sensible”. His book has the sensationalist title Disease Proof.

Katz also landed this dipshit fear-mongering comment into the article.

“The problem is that people are going to get their dietary cholesterol from things other than fish and eggs; they’re going to get it from meats and dairies. The problem with diets like that is if you eat more of A, you’re probably going to eat less of B. So people who are eating more meat and dairy and high-fat, high-cholesterol foods are eating fewer plants—they’re not eating beans; they’re not eating lentils. So yes, I think it’s entirely confabulated and contrived, and potentially dangerous on the level of lethal.”

What a tool. Those of us that avoid wheat are eating more plants because we aren’t consuming half our calories in grains anymore. I’ve got my issues with the Paleo diet, but everyone I know in the Seattle Paleo group ended up eating more fruits and veggies when they tossed the grains. So in our article, which is supposed to be a critique of the argument that removing grains could improve neurological ailments, now has an “expert” stating that giving up grains causes one to eat fewer plants (not fewer grains) which could be “potentially dangerous on the level of lethal”. Huh?

This is a credible source?

This could have been a really good article had the reporter sought out a real expert in neurological diseases. Katz has a financial interest in dissing not only a competing nutritional theory but a competing book for sale right now in many bookstores.

Full disclosure: The Atlantic magazine took images from my Flickr feed in 2011 without giving proper attribution per the Creative Commons license I set for both images. I reached out to them to resolve the issue and they never responded back to me. So I have a slight bias against that rag.

Previous How to Ferment Natto