Rejecting the Seasonal Approach to Nutrition

In July 2011, I completed a one-year experiment where I took a seasonal approach to fitness and nutrition. The fitness part isn’t important, but I’d like to revisit the nutrition part of that experiment. For background see the post Concluding Seasonal Strategies For Fitness and Nutrition. The short version of this experiment was during the colder months, I consumed a low carb diet, fasted, and did cold exposure. In the warmer months, I had more carbohydrates and was more active.

I wrapped up the experiment with this line.

Although I think taking a seasonal approach will have a positive effect on ones health, I don’t think this plan is viable for most. Modern life and culture make demands upon us that our Paleolithic ancestors never had to deal with.

Since my one-year experiment, I’ve learned more about metabolism and the negative role stress can play on it. My last post Intermittent Fasting – What Paleo Didn’t Teach Me explores how fasting can lower one’s metabolism. What starts as hormetic stress that builds resilience becomes negative stress that forces the body to respond via lower body temperature.

Going back to my seasonal experiment one can see that the colder months despite having longer sleep were the most stressful.

Independently and not done “excessively”, each of these stressors could have a benefit. The term “excessively” will vary from person to person based on a number of factors. A young male endomorph with a healthy thyroid would likely handle these stressors much better than a pregnant woman. I never pushed the low carb too far, but I did go too far with fasting and cold exposure. 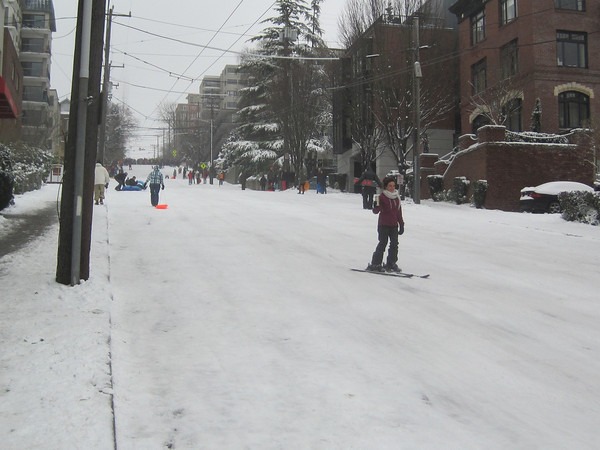 Hormetic stress or hormesis is often discussed in Paleo type blogs. The concept is you inflict a small amount of damage and let the body learn and respond favorably. This is the middle ground between avoiding all stress, which makes one less resilient, and chronic stress which is unhealthy.

A classic example would be the sun. One could hide indoors to avoid getting burned, but they become increasingly sensitive to the rays and in the process of saving their skin might become Vitamin D deficient. At the other end of the spectrum, staying out for long periods without a gradual adaptation can lead to sunburn and possibly skin cancer. A hormetic approach would be to briefly engage with the sun, adapt, and then go to the shade. This allows the body to tan as a natural defense.

I’m now seeing the key part of the hormetic stress is not the stress itself, but ending it in a clear manner. Let me provide some examples.

The problem with the seasonal approach is the modern world is full of stressors that couldn’t care less about the season. In fact, I’d say that winter months with holiday stress, academic stress, less daylight, more electronic light, and sick co-workers might be the most stressful time of the year. Now add a seasonal approach of fewer carbs, more fasting, and cold exposure and you can see how winter becomes a stress dumping ground.

If I were to redesign this experiment, I’d flip the script. Fasting is best done when one is able to move, as in moving towards food. Stuck inside on a cold rainy day in February is not the best time to fast. The rest of the year, depending upon where you live might be better. My most enjoyable fast were spring and autumn days. Cold exposure would rock in the summer months when one could warm up quickly. As for low carb, I don’t think it falls neatly into a seasonal approach, although these days I consume a higher amount of carbs in the winter to support metabolism.