My first exposure to the idea of Intermittent Fasting came from the original Paleo essay written by Art De Vany. I read it in December 2007 and as 2008 progressed, I started tinkering with short fasts. After more than a decade of eating every few hours, it was a radical change. In late 2008, I read Eat Stop Eat by Brad Pilon and began experimenting with 1-2 fasts of 20-22 hours a week.

Although the fat loss that came from IF was a pleasant side effect, one of the main reasons I began doing IF was for the autophagy. For a full discussion on the topic, read the article Going “Green” with Autophagy as Your Evolutionary Health Care Plan by  Mike O’Donnell. I also have a description written by Art De Vany himself on the post Autophagy and Loading Trucks at UPS. In short, autophagy is the cell’s ability to recycle damaged material when deprived of nutrients.

Sounds wonderful, right? It might only be half the equation though.

In all the articles I’ve read on IF, mostly from Paleo writers, the rate of the cell is implied as being constant. By constant I mean that the actions we fasters take do not impact the rate at which the cell performs its job. That might be an inaccurate view.

Before I explain myself, I’d like to revisit an IF experiment I did in early 2011 where I did a daily 16 hour fasting (Leangains style) for 70 consecutive days. You can read the entire post if you like, but the short version is it started very well, but ended poorly. Towards the end my body was cold, I was tired and caught a cold after going through a long period of being in top health.

I don’t want to rehash the criticisms I got in comments and emails. Some of it was valid. Some wasn’t. At the time, I chalked up the problems I experienced to a lack of randomness. The body was predicting times when I would fast and would down regulate my energy via lower body temperature and just being tired. I now think that is a partial explanation. 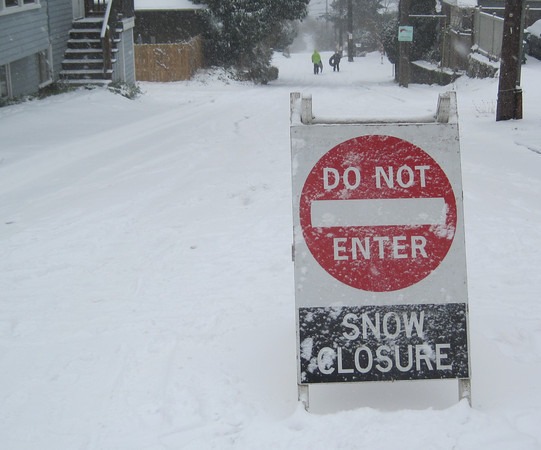 In the past two years I have been reading more about body temperature and how it relates to health. Danny Roddy, Matt Stone and Andrew Kim have written about how increasing body temperature results in positive health outcomes. A highly functioning cell is working under less stress and that reducing stress is paramount to excellent health.

In November, Andrew Kim posted Diet Dogma Rears Ugly Head Again: Become a Fat Burner, Eat Your Own Crap, and Live Longer. Hopefully he won’t take down this post, as he has with so many of his previous writings. UPDATE 2017: It appears Andrew Kim took down his entire site. Here is a copy.

This is the first article I’ve read that challenges the notion that forcing autophagy is beneficial. Before we get into that, it is important to understand that in the Bioenergetic view becoming a “fat burner” is stressful. It is less stressful to the body to run on glucose, because running on fat can impair thyroid function. Lower the thyroid and your body temperature starts to drop. This is a possible explanation for my temperature issues or Richard Nikoley’s when he was strict low carb.  Note that the often repeated meme in Paleo is that to burn fat, one must deprive the body of carbs. This is not true.

Simply put, autophagy is an adaptive response to metabolic stress that when chronically activated drives premature aging by inducing catabolic processes that outpace the renewal ability of cells.

In other words, this is the stressful path to repair. But that isn’t the only path.

Andrew Kim explains that “a high resting metabolic rate accelerates cell protection and repair mechanisms by way of enhanced protein synthesis.” Reduce stress and focus on increasing the metabolic rate. The article goes on to say that autophagy is a process that occurs regardless of whether we actively try to trigger it. Forcing it and forcing it repeatedly is a stressor and that could result in a lower metabolic rate.

I don’t know what happens under the microscope, but what Andrew Kim has posted makes sense to me in the context of my own IF experiments. I will still engage in Intermittent Fasting from time to time, but far less than before. I still feel benefits from an occasional hormetic stress, but my metabolism comes first. Since I’ve focused on increasing my body temperature, I feel better.

2017 UPDATE: For an alternate critique of autophagy see the post The poor, misunderstood autophagy from CaloriesProper.

Next Rejecting the Seasonal Approach to Nutrition