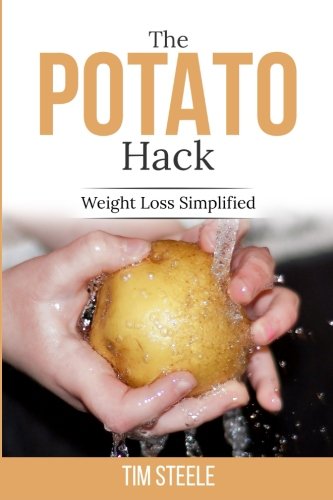 My One Year Update

A year ago I posted that I was going to do the Potato Diet to lose 15-20 pounds. That post was followed up with my Week 1 results. In the post, I answer a few questions as best as I could at the time.

At the end of last December, I was getting some odd measurements when I weighed myself. Even though I was creating a calorie deficit, I wasn’t losing weight. At that time I was recovering from a knee injury. Part of my recovery was strength training to recover lost muscle and I also starting taking creatine monohydrate again. Both could result in weight gain. So once again I found myself with conflicting health goals. I couldn’t use pounds lost as a metric.

As someone that has completely rejected the Quantified Self movement, I decided that in 2016, I would measure nothing. I have not stepped on a scale or used a tape measure once this entire year. I am now using The Frankie Method, which I described in 2010.

Am I Still Eating Potatoes?

I’ve been asked this numerous times this year. The answer is YES. On an average week, I consume 10-12 pounds of potatoes. Typically, I buy a waxy potato, although occasionally I will get a Russet. I purchase the potatoes from a restaurant supply grocery store that is open to the public called Cash & Carry. A 15-pound bag of potatoes averages $3.

Recently I started adding some organic potatoes into the mix. Maybe 5 pounds a month. With the organic, I eat the peel. With conventional, I don’t. I boil the potatoes and then let them chill in the refrigerator. I typically consume them cold with some salt.

Most weeks I replace meals with potatoes randomly. I’m at a good weight, so I don’t need to just eat potatoes for 2-3 days straight.

Why Am I Still Eating So Many Potatoes?

In addition to nutrition, one of my main interests is economics. I like taking what I learn in economics and applying it to other domains. I cover this thought in more detail in the post Approaching Nutrition From an Investor’s Mindset.

Anyway, I see potatoes as the PERFECT intersection of nutrition and economics.

What this means is I can load up on potatoes as a safe food. I don’t need to think about several meals a week. How many times do we eat up going out for a calorie-rich meal because we were too tired or busy to prepare something?

For me I know I always have a container of boiled potatoes in the refrigerator.

If I were to stop eating potatoes now, I’d suddenly need to start planning several additional meals a week. This would not only have decision costs but time and material costs. The foods that I would use to replace the potatoes would certainly have a greater flavor stimulus, so I’d either consume more or use limited willpower to stop eating sooner.

Why would I want to do that? Potatoes for the win.

“But I Could Never Eat Just Potatoes!”

Now I want to address the most common objection. People embrace the idea of eating less to lose weight, however many feel threatened at the thought of losing flavor. In modern society, not only do we rarely miss a meal, but each meal needs to taste great. In the history of mankind, how long has that been true? Only recently and we are seeing the result of having endless options of great tasting food at every meal.

I want to pause here for those that are unaware of the “Food Reward / Hyperpalatablity” theory of obesity. The article How ‘Hyperpalatable’ Foods Could Turn You Into A Food Addict is a good primer. From that article:

Our food environment has changed dramatically over the years, most notably through the introduction of so-called “hyperpalatable” foods. These foods are deliberately engineered in such a way that they surpass the reward properties of traditional foods, such as vegetables, fruits, and nuts. Food chemists achieve this by suffusing products with increased levels of fat, sugar, flavors, and food additives.

Every year the food in our environment becomes more flavorful. Some through engineering, some through more access to novel cuisines. A classic dieting strategy cited is to use moderation and willpower. How is that working for you? Or society? The food chemists get better every year and we’re still the same humans.

The Potato to the Rescue

Starting the Potato Diet is a conscious decision to reduce the excess flavor signals in our environment. That is a bizarre idea to embrace at first, but once I did, everything clicked. I posted this after my week 1 experience:

When I deprived my tongue of flavor for three days, I wanted foods with simple flavors. Eggs, fruit, baked chicken and other basic foods all tasted wonderful. Better than they did prior to depriving myself of spices for three days. Basic foods have an edge over modern foods in that we tend not to eat them to excess.

Penn Jillette lost over 100 pounds in 3 months. He began his diet by consuming nothing but potatoes for 15 days. After that period he completely lost his taste for all the junk food that made him heavy and was so readily available in his hometown of Las Vegas.

Every meal I consume of cold boiled potatoes, I not only know that I’m creating a hunger-free calorie deficit, but I’m also greatly reducing the power highly flavorful food has on me the rest of the week. I see these little deficits I create throughout the week as a savings account. Eating 10-12 pounds of potatoes a week gives me enough caloric headroom to eat whatever I want on the other meals and not gain weight. Zero willpower required.

Next Designing a Modern Peasant Diet

Previous Learn a Foreign Language SUPER FAST or Not