Pivoting Away From the Peasant Diet (just a little)

Recently, I was asked if I am still doing my Peasant Diet. Mostly. But I have shifted my focus a little. The Peasant Diet is based off cheap nutrient-dense foods that have low-calorie density. Whole grains, legumes, and tubers are the staples. I’m still eating those foods in high quantities.

I love the Peasant Diet and it did exactly what I wanted it to. It provided an easy story for me to follow that enabled me to go from 222 to 194 pounds without ever experiencing hunger. I’ve kept the weight off for more than a year. The habits I built as a Peasant are deeply ingrained in me now. I know how to add or reduce the number of Peasant meals on the fly to get me the exact weight I desire without counting calories.

Now, my primary health goal is no longer losing weight or maintaining weight. Those riddles have been solved.  I need the next story. The next primary motivation.

Some of you will recall that in 2017, I dismissed organic foods on the Peasant Diet.

Someone asked me about organic food. My response is that a peasant can’t afford organic and while I’m on my Peasant Diet, I will only buy organic if it is the price is about the same. After I’ve achieved a perfect weight and held it for a satisfactory period, I may decide to change my diet, but while I’m a peasant I am frugal with money spent on food.

That satisfactory period is now over. This year, I have increased the quality of the food I purchase. I’m getting pastured eggs more often now than ghetto eggs (a term I coined to reflect the cheapest eggs available). Instead of only buying organic when it is the same price, I will now pay more sometimes.

By dropping 13.5% of my body weight, I also dropped 13.5% of my grocery bill. I now have extra cash to pay up for the higher quality when I want to.

In the post Fear of a Toxic Planet, I was critical of the free-range-organic-heirloom hype and I still am. I’m mostly a skeptic, but I also recognize I am in a better position now to buy a wider variety of nutrient-dense foods that might be out of the price range of a Peasant. A Peasant would select the cheapest foods to fill his or her belly. Stepping away from Peasant mode lets me buy a wider range of nutrient diverse foods whenever I want.

Was I wrong before? Not at all. When I did the Peasant Diet, I wanted to be laser-focused on my goal and the tools I would use to accomplish it. I didn’t want to be distracted by competing health goals. Losing the extra weight was the number one most important thing I could do then. Adopting the Peasant mindset completely was key. When that goal was achieved, I could change the story. 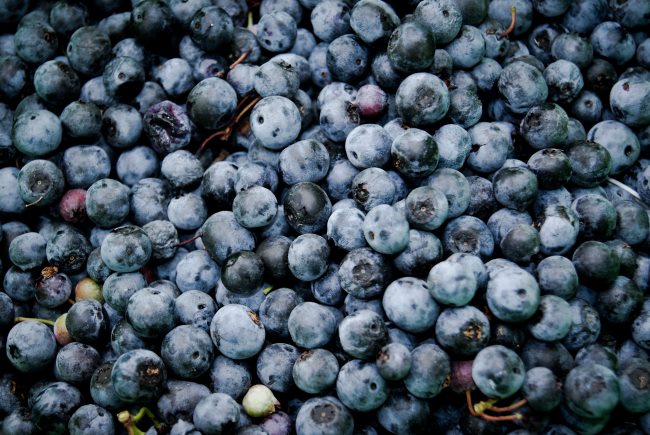 Photo by Syd Wachs  – As a Peasant, I didn’t splurge on organic blueberries. I bought bananas. Now that Peasant phase is ending, I am buying the berries more often.

Next My Peasant Diet Featured in The Diet Hack

Previous Listening to the Smartest Vegans