After having used a 90% pesco-vegan diet to hack my lipid levels to optimal and sun/supplementation to double my Vitamin D levels in 2-months, I’ve been looking for my next health test, so I had to listen to the interview on the Ben Greenfield Fitness podcast about an epigenetic diagnostic test to measure your biological age.

Is This The Most Advanced Anti-Aging Analysis & Epigenetic Diagnostic Test Of The Future?

Early in the interview, the case is made that TruDiagnostic has created the most cutting edge test to measure our biological age by looking at epigenetic markers and running batteries of tests. Sounds super cool.

Our host Ben Greenfield is an endurance and strength athlete. He is super-knowledgable about all aspects of health, longevity, and biohacking. He does it all. Supplements, diet, training, performance gadgets, sleep tracking, saunas, meditation, and probably 10 other performance avenues I’m not thinking of right now. He looks to be an extremely fit Millenial. Top 1% for sure.

Back to the interview. When discussing patterns they saw that impacted biological age beyond the obvious (smoking, not exercising, poor diet, etc) they brought up that endurance training was a factor in accelerated aging. An example mentioned was an Ironman athlete that tested at 10 years older than his chronological age. Ben, an endurance athlete, pushed back a little on this point with plausible reasons the test might report a higher biological age.

In the nutrition discussion, the guests talked about the diet our ancestors ate is the diet we are most genetically set up to thrive on. They cite how ancestors of the Inuit would fair better on a diet higher in saturated fat and lower in starch. They referred to the Mediterranean Diet as a universal healthy diet that provides “huge epigenetic impacts”. Ben is an author of low-carb/ketogenic dieting books and articles.

At the time the interview happened, Ben’s test results were not back, but he posted his report once he had the data. He tested almost 5 years older than his age. That’s got to sting. 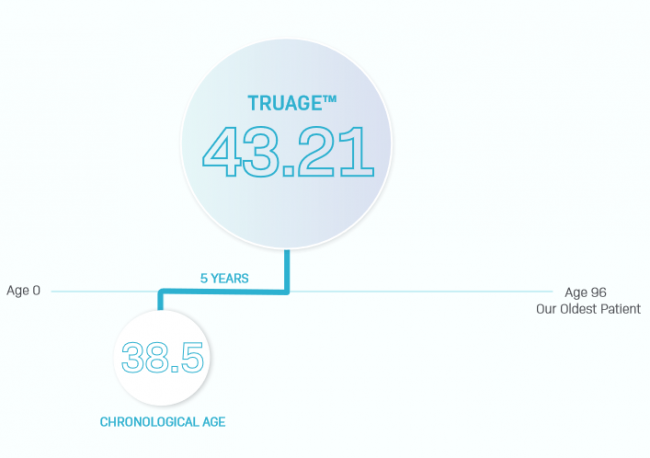 Everything I say here is pure speculation. I don’t know his family history or am I aware of anything health challenges he is facing. On the surface, he appears to the kind of perfect human you’d build in a lab.

Many years ago, I came up with the idea I called stacking stressors. Stressors such as a low-carb diet or endurance training or saunas or cryotherapy are all fine and can provide tremendous benefits. However, when you start stacking them without breaks, the body doesn’t have time to learn and overcome the stressors. Health declines.

Weight training, fasting, cold exposure, and even low carb diets are stressors. Doing them together amplifies the stress and I suspect the body’s ability to learn a positive response from the experiment.

I’ve been highly skeptical of the keto craze. It is a diet based on sending starvation signals to the body. Dipping into and out of ketosis from fasting makes total sense, but I have trouble believing that staying in a near-chronic ketogenic state is healthy, let alone optimal. My ancestors were not Inuit, nor were most of the ketogenic followers. A keto diet might be the best diet to look your best for a class reunion in a few weeks, but it is the best for longevity? I doubt it, but I’ll keep an open mind.

It is possible that test results Ben sent in were flawed because he engaged is some massive endurance workout the day before. He would need to test again to see if that is the case. But it is also possible he would age better by dialing back his workouts and increasing his carbs. He is 100 times smarter than me and I have no doubt he will figure this out.

I read the 78-page report and came to the conclusion that I won’t be purchasing the test for myself. I didn’t see much personalized epigenetic information. The section on diet confirms that I am likely already on an optimal path, which is Mediterranean Diet with periods of fasting. Dr. Longo’s Fasting Mimicking Diet is mentioned in the report, which is also a topic on this blog and something I’ve done a few times.

If I was at the start of a health journey and knew there were changes I needed to make, I would likely get the test, as it would let me know where I was at and provide the quantifiable motivation to take action.