Last night I watched the documentary Killer at Large: Why Obesity is America’s Greatest Threat. Although I will give this film a slight thumbs-up, it has problems. Killer at Large tries to tackle every angle of the obesity story in 100 minutes. That is simply an impossible task. 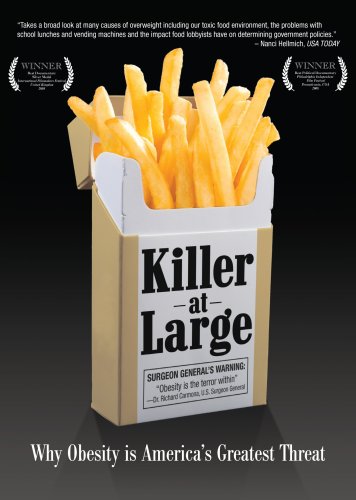 Maybe the goal of the filmmaker was less to answer the question in the title but to start many conversations on the topic. If that is the case, here goes mine.

Here is what I liked about Killer at Large.

Now let me list what this film failed to mention or got wrong.

UPDATE 2017: crossed out a few lines that I no longer fully agree with or my explanation was oversimplified.