Last October I posted High Satiety Paleo Friendly Foods? In that post I started a discussion about what foods delivered the most satiety at the fewest calories. The other requirements were easy to prepare and inexpensive. I received lots of comments and since then I have been running my own tests. These are my results. What works for you may be completely different.

Yes, I am aware popcorn is a cereal grain and is thus a no-no for those following a strict Paleo Diet. However, I have found it is by far the food that packs the most satiety. I’m not talking about the prepackaged microwave popcorn which are loaded with unhealthy vegetable oil fats. I’m talking about regular popcorn cooked over the stove using coconut oil. I liked both white and yellow popcorn equally. For a topping I used Cajun seasonings.

Eating popcorn requires a lot of chewing. To eat a bowl of popcorn takes time. A medium sized bowl of popcorn can keep me full for hours. It is also dirt cheap and super easy and quick to make. 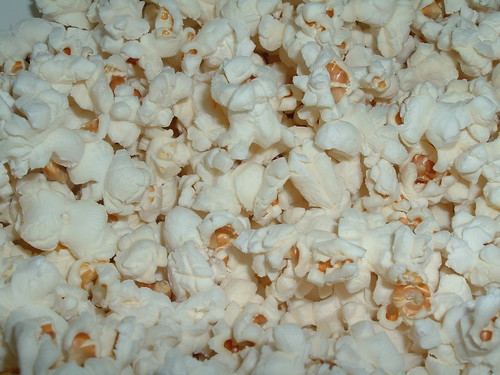 I covered this in detail on the post Food Reward Test: Almonds vs Almond Butter. When I want something cold also, I will mix frozen berries with the almonds. Very filling. I’m a huge fan of almonds.

I had mostly positive results with sweet potatoes. I would cube a peeled sweet potato and then steam it. If I craved fat, I’d add butter. If I craved something sweet, I’d add a little brown sugar. Often I’d add some cinnamon. I believe the key is to not over cook the potato. Once it gets too mushy, it loses its satiety power.

I tried other foods, but these were the only three that approached the satiety levels I got with almond butter or full fat dairy options such as yogurt, cottage cheese or hard cheeses. In the absence of caloric density, I believe seeking out foods that require more chewing will yield the greatest satiety. Those foods also tend to be more expensive and require more time preparing.

What foods have you found provided the greatest satiety that are also inexpensive and easy to prepare?

Next Your Last Meal