Ending the Tim Ferriss 30 in 30 Experiment

On Friday September 20th I began each morning by consuming 30 grams of protein within 30 minutes of waking. This is a fat loss strategy Tim Ferriss explained in his book The 4 Hour Body. Less than 3 weeks after starting, I’ve decided to end this experiment.

It not only isn’t working, but I’ve actually gained 4 more pounds. It has been a disaster. My hunger levels are higher than before. I now think about eating all day long. 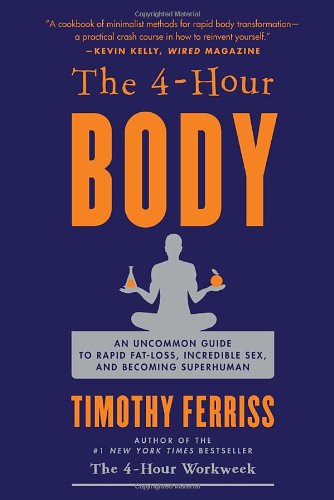 When I mentioned the experiment, I was concerned that it might not work as well for ectomorphs or those of us within 10 (now 14 ) pounds of our ideal weight. Some of the comments I received mirrored my experience.

I tried that experiment 2 separate times. Each time, I put on weight. I rotated between canned fish, beef patties or chicken breast. It did not suppress my appetite and the additional calories added up over the month.

I never lose weight when I begin eating early in the day, no matter what I eat. Eating early in the day always gets my appetite going. If I eat breakfast first thing, I am hungry 3-4 hours later. If I wait until late morning or lunchtime to eat, I generally only eat two meals.

Based of my research and my N=1 test, I am going to speculate on why 30 in 30 works for some and not others. Again this is just speculation.

Starting tomorrow I am returning to 12-16 hour breaks between my last meal of the day and my first meal the next day. Looking back at my initial fat loss I experienced in 2008-2009, it did come as a result of reducing my eating window via Intermittent Fasting. The trick for me is learning how to do that without abusing caffeine. Which is a trick I have yet to figure out. 🙁

Previous Finding My Relatives on 23andMe