10 Awful Nutritional Myths Gets One Half Wrong

It feels like I wrote this post once before for a similar article. This response will take a different angle.

Kamal Patel’s article 10 Awful Nutrition Myths Perpetuated by the Media The truth behind the lies is yet another attempt to ignore or dismiss the fact some people are sensitive to bread and that their health improves when they remove it from the diet.

Myth 1: Bread/Carbs are bad for you

Lumping the insulin carbohydrate argument in with the wheat gluten issue wasn’t appropriate. They are two distinct topics. I am pro-carb, anti-wheat. So I agree with the first half of the myth, just not the second. The reason I am anti-wheat is because I have first hand experience removing it and experiencing improved health.

While gluten gets all the attention, other compounds may be as or more important for people without celiac disease who suspect that they have gluten sensitivity. For example, some of the same researchers who discovered that gluten intolerance exists in people who don’t have celiac disease did a much more thorough follow-up study, and concluded that gluten was not necessarily to blame in those with irritable bowel syndrome. They suggested that compounds falling under the category of FODMAPs (which are present in a variety of plant foods) may be a greater issue.

OK, I’ll play along. What foods should I avoid if the real issue is FODMAPs? I looked at the FODMAP Wikipedia page and Wheat is one of the first thing mentioned! It is also listed as a primary food to avoid on the FODMAP Dieting Guide. Let us follow the logic.

Am I missing something here? If I avoid bread because of the gluten, I am anti-science and neurotic. If I avoid bread, because it is a source of FODMAPs, then I am enlightened. I don’t know, nor do I care what is inside wheat that causes my skin to act up and give me headaches. I look better and feel better when I stopped eating bread. I’m not alone. 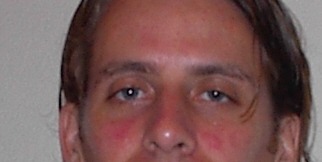 Me and my skin during my bread years. 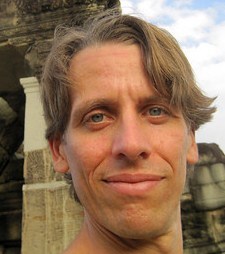 Me just months after removing bread from diet.

I’ve said it before, the numbers of those experiencing issues with wheat/gluten/FODMAPs/whatever are simply too large to be this dismissive. I’m actually shocked at how little nutritionists think about risk assessment. Bread can be healthy or unhealthy or maybe it varies on a case by case basis. Maybe we don’t know enough. I don’t know the answer, so I am going to sit on the sidelines not eating bread as nutritionists tell everyone that their gluten issues “may not” exist.

From a risk assessment point of view you can look at this issue two ways.

Of course I line up with #2. For me I think the hygiene hypothesis is the best explanation for the modern level of wheat/gluten sensitivities, but I don’t know. If we don’t fully understand why people are getting sensitivities to bread, is it such an awful myth to simply say that bread is unhealthy for some people? I don’t think so. We should be studying the causes instead of trying to explain them away as saying they may not exist.

Previous The Worst Advice Always Starts With “You Should…”