Using Price Knowledge to Lean Out on a Peasant Diet

In previous posts, I’ve discussed my Peasant Diet. It is a way to use cheap unprocessed foods that are higher in nutritional quality to get lean or maintain a lean weight. The foods tend to be higher in volume and lower in calories. The foods are not hyper-palatable. Potatoes, beans, oats, and eggs are staples.

The reason the Peasant Diet works for me is that it aligns with my values. I’m also able to create a story that is easy to understand, easy to follow, and motivating. I cover that topic in the post Using the Power of Story for Fat Loss.

How do I deal with cravings? There are two tricks I use. The first I explained in the post How I Beat Food Cravings on the Peasant Diet. I called this the “BUT FIRST” strategy.

I called step #4 the emergency brake. It was a rule that I pre-decided that I would automatically execute. The effect is always that the craving drops and I can stay compliant with the Peasant Diet. Doing this repeatedly makes it even easier. It is building a skill.

Now here is the second trick.

Modern foods will always taste better than Peasant foods. But Peasant foods will almost always win on price. Unlike other diets which focus in on calories or carb counts, the number that is going to serve you best will be the price.

I bought a can of black beans this week for 70 cents. A 15-pound bag of potatoes at the restaurant supply store is less than $4. A pound of 97% lean ground turkey is $2. A dozen eggs are less than $2. I can probably rattle off 100 other prices that I know. 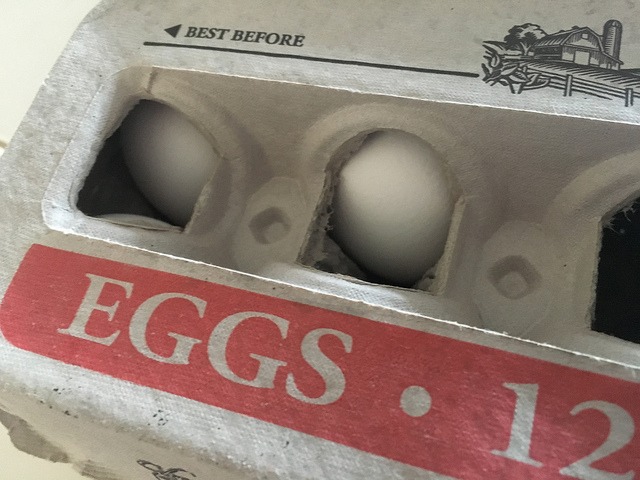 Ghetto Eggs by me

With those prices in my head, I now can quickly calculate the true cost of indulging in a modern meal. If I go to Mod Pizza, that will cost me $10. How many eggs did that cost me? More than 60. Or I can envision 30-40 pounds of potatoes. Maybe a 5-pound turkey meatloaf that would have fed me for days. Although $10 isn’t a lot, the food equivalent is tremendous for a Peasant.

The Peasant is fighting back against the endless choice of calorie dense foods using traditional foods. Not only is the peasant getting leaner in this rebellious act, but the peasant is also getting paid for their effort.

The True Cost of Free Food

There is a potential issue with the price focus. Free food.

Would a Peasant take free food? Probably. I’ve worked in offices where we were fed free food. Bagels or pizza or whatever calorie dense thing that they could entice us with. Here the modern Peasant would need to step back and see the true cost. Are you trading your loyalty to a company, organization, or individual for free food? How much is your time worth and how much will that loyalty cost you? Free food is rarely free.

When I was in college I worked at Pizza Hut. I noticed early on that the longer the employees had worked for the company, the fatter they were. Every shift or so, a pizza or two that couldn’t be delivered to a customer landed on the table for the employees to wolf down. All that free pizza landed on the waistline of the employees, some of which had to buy new larger pants. The free pizza was never truly free. You just paid for it later.

Recognizing this fact will save you many thousands of calories in your life.

Previous The Downside to the Power of Story for Fat Loss