Side Effects I’m Experiencing on the Peasant Diet

I adopted the Peasant Diet in 2016 after Richard Nikoley and Karl Denninger got into a feud on Twitter.  You can read about that story in the post Designing a Modern Peasant Diet. The short version is that when Karl threw out the term “peasant diet” as something negative, it inspired me. It was the basis for a powerful story. I was able to create a diet of pre-industrialized foods that were both nutritious and cheap.

The staples of the diet are potatoes, legumes, eggs, oats, and vegetables. Whole grains and canned fish are also fine. The diet is lower in fat and higher in resistant starch and fiber. For me, the protein levels tend to be moderate but can be dialed up if needed.

When I started the Peasant Diet, I was at 222 (height = 6′ 3). Today, I am at 194. Not only did I lose the weight, but I kept it off. The reason I feel I maintained the weight loss is that this diet has low food reward and because of the high volume, I did not experience hunger. I believe controlling hunger during a diet is a major key in preventing weight regain. You can do this via food volume, higher protein, or restricted eating windows.

Because the diet is so powerful and I’m at a great weight, my primary goal now has shifted from fat loss to muscle gain. During my injury, I lost muscle. Now that I’m on the right path with my knee, I decided I needed more calories to support my gym efforts.

More calories mean more meals that aren’t Peasant. Now I am eating dishes with richer and more complex flavors. These are foods that I ate regularly before I became a Peasant. I noticed 3 changes with me.

Before the Peasant Diet, I was fearless with spiciness. I made kimchi all the time, even ghost pepper kimchi. Korean food and Thai food were never a problem. Bring on the heat! Not anymore. I’ve lost my desire to eat spicy foods. When I do pick a dish from cuisines that use spices, I now favor a low level of spices.

Spicy foods now don’t sit well with me. I’m sure I could get back to my old self if I wanted to, but I also don’t have a desire to make spicy foods a regular part of my diet. 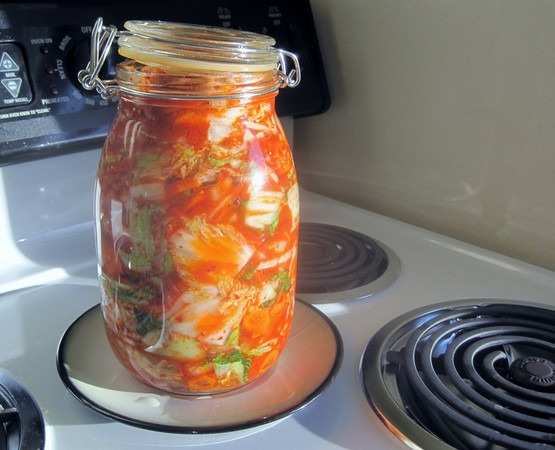 With the exception of dairy, I have lost the desire for dishes with a high-fat content. The foods still taste good, but my stomach often feels worse later. When I go out for food at a restaurant when the dishes tend to be high-fat, I look for the lightest fare, even though it is not what I would consider the best tasting option.

#3 Meat Cravings Are Way Down

The longer I go on the Peasant Diet, the less I want meat. I still eat meat, but I want it far less. Fish and lean chicken are now much more appealing to me than pork or beef. I don’t think I’ve had bacon in 2 years. Apparently, this is common. The less meat you eat, the less you crave it. When I was a vegetarian for ~16 years, I never craved meat.

If I need more calories now, I know where to get them, because I already solved this problem years ago. In 2012, when my diet was super clean and my activity level was high, I embraced ice cream. It worked, but then I kept pushing it because experiments were fun back then. Then I got injured. Then I gained more weight than I wanted.

Today, I feel I am wiser. I’m still primarily Peasant, but on high activity days, I can reach for a small amount of ice cream. This year I will gain muscle and maintain leanness.

Next One Man’s Treasure is the HOA’s Trash

Previous The State of Blogging in 2018