The Benefits of a Higher Body Temperature

In my previous post, I mentioned with a positive tone that I was able to increase my body temperature from 97.0 to 98.4 F. This post will explore if an increased body temperature is beneficial. I’ll start the post by sharing what others claim to be the benefit and then finish up with my own experience, as I’ve now had a higher body temperature for several years now.

From the article Important: Why You Need To Measure Your Body Temperature:

Body heat is needed for all sorts of vital health functions – from tissue renewal and repair to enzymatic functioning and fighting off pathogens. A warm body – as long as it’s not too hot- is a sign of a healthy thriving body.

Chronically low body temperatures is synonymous with decreased vitality and wellness and are a clear sign of a slowing metabolism. An extreme example of this is an elderly woman wrapped in jackets, beanies, gloves and scarves despite it being a hot summers day outside.

A warmer body temperature may be better for the immune system. I don’t know if this is true, but it logically makes sense. If the body needs to trigger a fever to fight off an infection, I could see it taking more energy and resources to mount that fever from a low body temperature. As we age, many will see a reduction in body temperature. And we know from the past few years that older populations are far more at risk than younger ones to fighting COVID. Could body temperature play a role?

The article Warmer body temp puts the heat on the common cold covers two studies that show a higher body temperature was more successful in fighting off illness. At cooler temperatures, immune cells were impaired.

I’m leaner than I was when my body temperature was lower. Initially, I gained weight, because I was following the Ray Peat type advice to eat ice cream and drink Mexican Coke. I eventually dropped those foods. My body temp remained high, likely due to the extreme PUFA restriction (see #3 on this post).

I wanted to find out how much higher my metabolism is now. The Ace Fitness certification website teaches:

For every increase of 0.5 degrees C in internal temperature of the body, BMR increases by about 7 percent. The chemical reactions in the body actually occur more quickly at higher temperatures.

For me, that works out to about a 10% increase. That is amazing. If the average American is gaining 1.1 pounds (0.5 kg) a year, then having a 10% boost to my metabolic rate is very likely playing a role in keeping me leaner than I was when I was running at a lower temperature.

I’ve seen others claim improved sleep and mood, but I didn’t find any decent supporting articles. It all seemed anecdotal. Are there other quantifiable benefits?

I always had cold hands and feet. My thyroid tests are perfectly fine. I still get feelings of cold, but not as easily. Is this a result of the higher body temperature? Maybe. I also engage in cold exposure, which likely helps me throw more heat than I did years ago. Check out the recent Getting Stronger post Benefits of Cold Adaptation or the video version for the latest information on this topic.

I don’t have detailed data, but I feel like I have fewer sick days now. Having a higher temp has not made me invincible. In early 2015, I had an upper respiratory infection that lasted a month. By that time, my body temperature was where it was at today. My last cold was in late 2019. Since then, I haven’t gotten sick with anything. This is also about the same time I restarted daily cold showers. In short, I don’t know if a higher body temp has improved my immune system. I suspect so, but I can’t prove it.

As for weight, I’ve never been leaner in my adult life. It feels easy to be this lean. I’ve maintained 180 pounds now for about 4 years now (height of 6’2.5). If I had my old body temperature back, my metabolism would be 10% slower. Staying this lean would likely require some effort.

There are longevity concerns. Am I running the flame too hot? Does a higher metabolism result in a reduced life expectancy? That is a debate that longevity experts are having now. I can see both sides of the debate. I’m partial to the argument that although higher temperatures could reduce longevity if I’m able to stay leaner and fight off infections better then that should provide at least an increased health span if not a longer life.

Overall, I will say I feel better when warmer. It is a minor effect and I have changed a lot of variables over the years, so it may be hard to parse out if it was the increased body temperature or cold exposure, or both. One interesting tidbit is that I engaged in a few years of cold exposure prior to seeing any increase in body temperature. That suggests that PUFA restriction was the main driver of increased body temp. 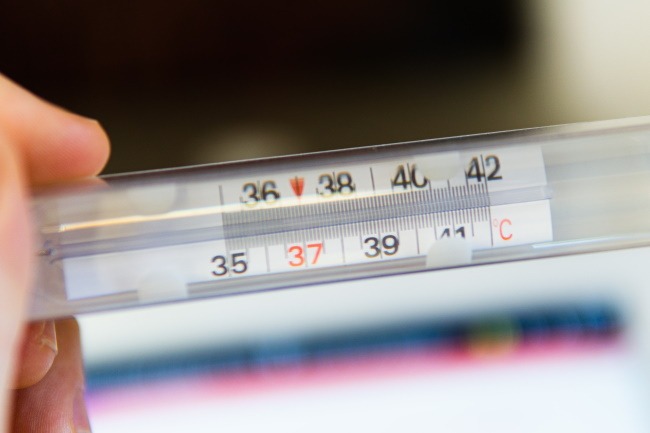