Paleo in Ohio – Adventures in Inflammation

I am back from my 9 day trip to Central Ohio. When I last visited Ohio 3 years ago, I wasn’t full Paleo/Primal. My focus back then was on reducing bread, not eliminating it. I also was not paying attention to cooking oils. My diet got super clean after returning from my 2009 New Orleans trip. Since then my only trip outside the Pacific Northwest has been the month I spent in Southeast Asia.

What did I learn? Eating clean in Thailand and Cambodia is MUCH EASIER than eating clean in Ohio. The basic dish I had in Thailand, Cambodia, and Malaysia was meat plus veggies plus white rice. Add in some coconut milk and you have an extremely nutritious and toxin-free meal.

Whenever I leave my kitchen, I expect to take a hit nutritionally. My goal is not to maximize nutrition on the road, but to minimize toxins. Some people believe that everything in moderation is OK. I find these people are never the pillars of excellent health. Moderation is not an acceptable strategy for toxins. Unless one has a serious food allergy, trace exposure is probably fine and maybe even beneficial (hormesis). Anything more than trace exposure is not healthy.

I see the 4 main toxins as:

For me, gluten is the worst toxin. I get splitting headaches and skin inflammation. And once you read up on the dangers of veggie oils, you will do everything in your power to remove them. However, they are everywhere and it can take 2 years to get out of your system. Sugar has never been a problem with me, nor has legumes. Plus they are the easiest to spot and avoid. Before I recount my toxin exposure, let me share what I got right.

What I Got Right

Despite picking the best food options available and cooking some of my own meals, there were a few helpful strategies I used during my trip.

I figured out early on that not only is Ohio 20 years behind Seattle in espresso but they also are still stuck in the 1990s low-fat lipid hypothesis thinking when it comes to nutrition. Cholesterol and saturated fats are still considered evil, despite all the evidence now showing their innocence in causing heart disease.

The real evil, which is the highly inflammatory vegetable oils are everywhere. I tried my best to avoid what I could, but it was a near-impossible task. Within days, my skin got extremely dry with signs of inflammation. I even looked a little puffy. Prior to changing my diet, I had dry skin and flaking for almost 20 years. All my skin issues went away when I went Paleo. Now they were returning within days.

I dodged gluten like Neo from the Matrix, but it was everywhere. Far more than I expected. It seemed Ohio was just beginning to hear about the damage caused by wheat. On the Kbler-Ross model, Ohio is still mainly in the Denial phase when it comes to the damage caused by gluten. Through great effort, I was able to dodge gluten right up until my last full day. Then I got nailed with an Asian salad. I looked closely at it and did not see the broken-up Ramen noodles in it. Only after finishing a sizable portion did I learn they were in the dish. The dried cranberries masked their taste. My stomach hurt and I had a splitting headache that lasted all night long. 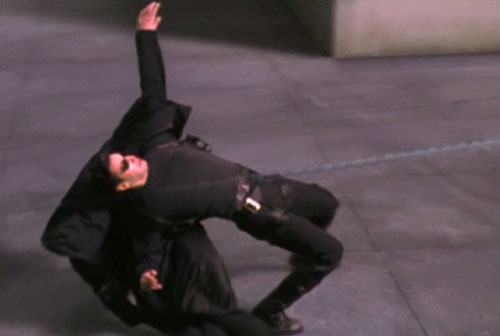 My back also started to hurt towards the end of my visit. There is nothing wrong with my back. It was a stress response to my lack of control over my diet. I was on edge that the next meal would make me sick.

I give full props to my fellow Paleo people who live in places that do not support your diet. I am grateful that I began my journey to improve my diet while living in the Pacific Northwest. Sterling’s Best Places ranks Seattle as the 4th most healthy city in America and Columbus as the 6th least healthy. When I visited a local grocery store, I saw 100% grass-fed beef and bison prices twice as high as in Seattle. That sucks. I really hope that my old hometown does a better job embracing a toxin-free diet in the coming years.

Previous Morning at the Ballard Locks