One of the most often things repeated about Chamomile Tea is that it improves sleep quality. For many people, this means being able to fall asleep faster. I wanted to test this assumption. For my experiment, I used a total Sleep Quality score. I brewed a single mug of loose leaf Chamomile between 3 and 5 minutes at a temperature of around 200F. The beverage was consumed within 60 minutes before going to sleep.

After 60 days of data, here are the numbers. The Sleep Quality number is a score between 1 and 5, with 5 being perfect sleep.

Wow! At first glance, it appears that Chamomile Tea is really helping my Sleep Quality. But this test overlapped with my Side Sleep Experiment. So I went back and just looked at the Chamomile Tea data taken after I adapted to Side Sleep.

I’m not a statistics guru (yet), but it now appears the sleep improvement did not come from the Chamomile Tea. It came when I switched from being a back sleeper to a side sleeper. 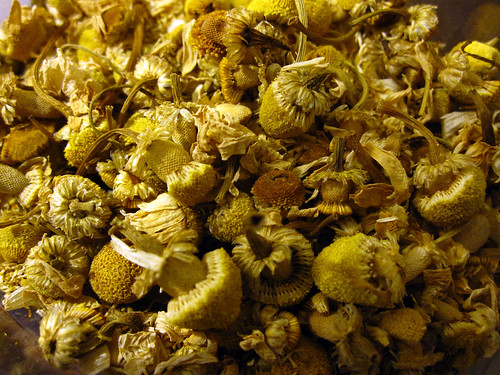 According to Ori Hofmekler, the author of the The Anti-Estogenic Diet and The Warrior Diet, chamomile is a “powerful estrogen inhibitor”. His book covers how estrogens are in the modern food supply and our environment. Excessive estrogens can make us sick and overweight. So I will continue to drink Chamomile Tea as cheap insurance against estrogens.

I don’t find the taste of Chamomile Tea that appealing, but I discovered that adding a pinch of red roobios tea makes it taste much better. Roobios is a South African bark tea that has no caffeine and its own health benefits.

Next Defending the Quantified Self

Previous Coffee and Gluten: Say It Isn’t So