Training to Failure is a Tool

I just finished reading Solving the Paleo Equation by Matt Stone and Garrett Smith. With a minor exception, I really liked the book. The audience is not necessarily just those stuck on a Paleo diet, but any dieter that finds themselves stuck, especially those that exercise a lot. This book was an extension of some of the topics covered in Matt’s book 12 Paleo Myths. 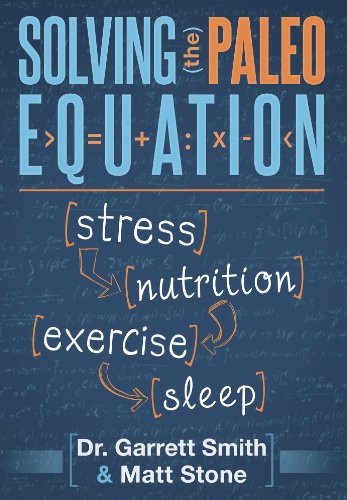 I consider Training to Failure to be a tool that I can use to meet my fitness goals. It can be a dangerous tool when used improperly, but perfectly safe and extremely effective when used properly.

My Guidelines for Training to Failure

The core message in the exercise section of the book is that many people exercise too much and that is stressful to the body. I agree 100% and that is why I embrace the principles of HIT and Training to Failure. It reduces the number of times I go to the gym and the time I spend exercising. I spend more time resting and recovering. And I don’t get injured. What could be less stressful?

If you are interested in learning how to safely exercise to failure, I highly recommend the books Body By Science (gym-based) and HillFit 2.0 (bodyweight focus). An interesting side note is that on a page Matt Stone wrote in the same book, he recommends the book Body By Science which discusses going to muscular failure 30 times!

Solving the Paleo Equation also makes the case that inhaling through the nose is the least stressful way to exercise. Although that advice might make sense for most exercises, it doesn’t hold true for HIT. With High-Intensity Training, breathing will start slow and accelerate quickly as the set progresses. You do not want to do anything that will slow down your breathing. It is recommended that one uses a relaxed jaw.

Skip to 2:30 in this video. Watch and listen to Dr. McGuff perform a chest press. His jaw is relaxed and his breathing tempo accelerates as the set progresses. At 4:20 his trainer reminds him to relax his face. It would not be safe to nose breathe doing this workout. You’d get a painful exertion headache.

UPDATE: Maybe I am wrong about nose breathing and HIT? See The Nose Knows: A Case For Nasal Breathing During High Intensity Training.