Understanding My Bias Against Cardio

One of my favorite podcasts is Masters In Business from Bloomberg by Barry Ritholtz. The show is a collection of interviews with some of the brightest and most successful people in finance. (side note: Ritholtz actually left a comment on this blog way back in 2006)

One of the lessons I’ve learned from the show is about discovering your own biases when it comes to investing. Not just cheerleading the times you were right, but digging into the reasons for those times when you were wrong. There are learning opportunities available when you get something wrong, but you need to face them.

This brings me to cardio.

This blog has been dismissive of the role of cardio training for a decade. My view on the topic has been it is completely unnecessary. Just build your muscles and go for walks. The strength gains you make in the gym will make any form of cardiovascular training easier. This is true, but that isn’t the full picture.

My belief that cardio isn’t needed for health just got rattled really hard this week. That will be a topic that I will explore in more detail later, but first I need to examine how I became so certain about something that appears to be wrong.

Here are the reasons I came up with.

During college and shortly afterward, I was a runner. I completed two marathons (both under 4 hours) and a few triathlons. I loved running. I loved cardio. But I could never go long periods without being in pain or injured. I’d recover and then work to get back in shape. It felt like I wasn’t progressing.

I discovered lifting weights and made those initial gains and I was hooked. Now I was a lifter. Not a runner. My tribe has muscles and hates running. I didn’t want to go back to being a stick boy.

Instead of using a more moderate approach to running to complement weight training, I ditched it. I was not only more muscular, but I was also leaner from lifting than running, which validated my choice.

In the 2012 post How Exercise Indirectly Kept Me Fatter, I discussed how I never got the fat loss benefits from cardio.

Although in the short term, it appeared at times that exercise helped me get leaner when looked at over a longer time frame it didn’t. Exercise increased my appetite and as long as I kept exercising my weight was in check. However, whenever volume increased past my body’s ability to recover, I was sidelined. During the periods of being sidelined, my appetite always exceeded activity and fat gain occurred.

I still believe this to be true, but maybe had I approached cardio work in a less extreme manner and solved for winter those fluctuations in appetite would have been smaller.

Today, I know tricks to reduce appetite without experiencing hunger (higher protein and higher volume foods such as the potato). Back then I was less skilled in the art of controlling calories.

By the time Paleo hit, I was ready to accept their narrative that Grok would never be so foolish as to run around wasting energy doing cardio. Grok would use strength and quick movements to survive.

I never dug into the truth about what Grok actually did – even if we know – because I liked the story. It told me what I wanted to hear. Plus, eating like Grok was leaning me out, so it must be true.

During this time period, every time a marathoner would drop dead from a heart attack, those news items would be shared, thus shaping my view that cardio was not only unnecessary and ineffective but potentially dangerous

In 2011, I posted The Myth of Cardiovascular Training. Because of that one blog post, I was invited by Greg Anderson to do a HIT workout at his Seattle gym. Greg Anderson was the guy that trained Dr. Doug McGuff, author of Body by Science. I become a HIT convert and disciple. He also wrote a similar article (Why-NOT-Aerobics PDF) on the same topic years before.

The view that cardio is a myth is popular in the HIT community. They loved my HIT posts and I loved their anti-cardio message.

I was using HIT exercises such as a SuperSlow Leg Press very effectively. I still recall walking up a long steep hill with a friend that did hours of Zumba every week for many years. She was winded and I wasn’t. And I did zero cardio and was proud of the fact that I never broke a sweat exercising. That was my confirmation that cardio was nonsense.

Now I can see that I made the same error the cardio junkies made, just the flip side. Cardio warriors train their hearts to be stronger but do little to strengthen the muscles to support their hearts. Meanwhile, I was building my muscles to take the load off my heart, but doing nothing to directly target the cardiovascular system.

The common thread on how my view of cardio was formed and validated is that I had a narrow and incomplete view of what health is. I also didn’t challenge my assumptions, which is something I did frequently with nutrition. I

If I get knee pain running, that doesn’t mean cardio is bad. That form of cardio might be bad for that knee, but not for the heart. Leanness and strength are important components of health, but having a tighter midsection and more muscles are not a free pass to avoiding cardiovascular training. 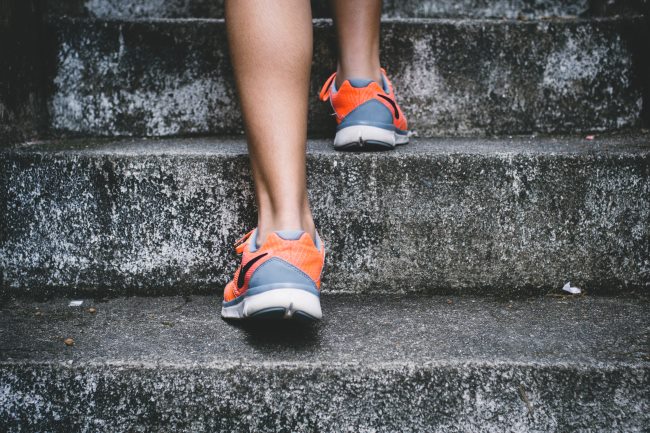 Next Searching For The Cardio Code