Do you think that the resiliency/fragility argument can be applied to wheat products as well? I seem to be much less tolerant to gluten since I’ve mostly avoided it for a few years. I am not suggesting that wheat be a staple in anyone’s diet, but it’s not very practical for most people to avoid wheat products 100% of the time in social settings (unless you really do have celiac disease).

Yes. I do think we can address wheat intolerance and that should be our goal.

When it comes to food, I have no love for wheat. I removed it and my health improved a lot. However, I had episodes where I would get accidental exposure and come down with a headache. Neither case was ideal. I don’t want the food that makes me feel bad, but I also don’t want to spend the rest of my life wondering about every ingredient in every meal I consume outside my house.

One of the great disappointments to me in the last two years has been watching normally smart people in nutrition write articles dismissing that a gluten/wheat problem even exists. They confuse a lack of evidence as a lack of risk. That is why I ripped into Kamal Patel’s 10 Myths article.

So assuming we aren’t Celiac, our goal should be to address and hopefully overcome – even partially – our wheat intolerance. But we aren’t getting the help of the dismissive and we shouldn’t follow the “avoid everything 100%” from the alarmists. I don’t know the answer, but the theory that holds the most weight to me is the hygiene hypothesis, which I talk about in Was I Wrong About Gluten?

My wheat intolerance began after a period where I took a bunch of antibiotics. I stopped consuming wheat 100% for over 3 years. During that time I consumed a bunch of fermented foods including kimchi and dairy kefir.

I wanted to test the hygiene hypotheses for myself, so I started making effort to expose myself to trace wheat sources such as soy sauce and gochujang. Then I started adding small amounts of beer. My theory on the beer is that the grains are fermented and because fermentation is a form of predigestion, my body should have an easier time with it than most forms of wheat. 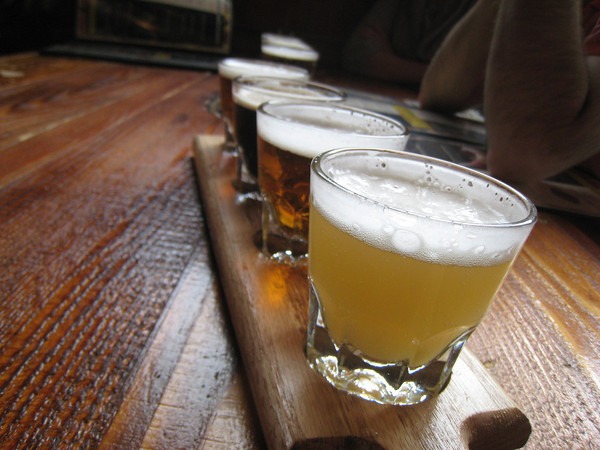 And everything has worked out for me. I have not had any issues. I even accidentally consumed two tacos a few months ago that I thought were corn tortillas that turned out to be wheat. No problem. But to me, that is not an “all clear” sign to resume eating wheat, as I do not know for sure what caused my issue in the first place. To me, it is just a sign that I built resiliency.

I want to add that this is my story. For me to say everyone with a wheat intolerance will be able to do what I’ve done would be as foolish as the idiots that are denying wheat intolerance even exists. My experience is that I was able to build wheat resiliency by first abstaining, then building both my gut flora and metabolism, and then finally introducing trace amounts of wheat. Your experience could vary. We still have a lot to learn about wheat issues.