Recently someone told me my approach to nutrition and fitness was too extreme and not practical. I suppose if you took everything that I do together and ranked them equally it could look overwhelming. However, they aren’t all equal. In fact, a few changes represent the majority of the positive health benefits with the rest playing minor roles.

Here is how I rank my positive health changes.

I would estimate 50% of the positive benefits from my health since 2008 has been the reduction and eventual elimination of all wheat. I consume no bread, pasta, cereal, pastries, pizza, beer or anything where the wheat protein gluten plays a role. My appetite is controlled now. I cured my rosacea. My waist size is now the same as it was when I was a freshman in high school.

In many posts on this site I preach “cutting the carbs”. Unless you are very carb sensitive, I’m not taking about parsnips and yams. The evil ones are sugar and wheat. And they are often found together. I never had a sugar problem, but like most Americans consumed wheat on a daily basis. Although I am not celiac, I have ran numerous self experiment tests to confirm that wheat has been the most destruction element to my health.

Wheat is not healthy. Organic, stone-ground, home-made, it doesn’t matter. It is all poison. Wheat spikes your blood sugar more than ice cream. It is nutrient robbing. It stimulates appetite, which increases your risk for obesity. This could lead to diabetes or heart disease. It can lead to intestinal issues. It can cause skin inflammation. I could go on and on. There is NOTHING of value in wheat that can not be found in other safer foods.

Although less dangerous, I do not encourage the regular consumption of Gluten-free treats. They are junk food.

Up until 2008, I like most Americans believed that breakfast was the most important meal of the day. I also believed that hunger was this unbearable state that needed to addressed or I’d lose muscle. So I ate meals and snacks from morning to night. I didn’t eat processed foods, but I still ended up with weight gain, despite being very active. But worse than the weight gain was being a slave to hunger. I had to have a case of protein bars around me at all times.

I consider IF to be amazing success if for no other reason, I am no longer a slave to eating by the clock. If I come across poor food options, I can now choose to eat nothing. Hunger is now an acceptable feeling. Because I am now comfortable being hungry, I am longer pressured to eat fast. Taking the time to prepare a healthy meal even if it means waiting another hour is no longer a dilemma.

Once I removed wheat and was comfortable with hunger, that gave me the time and patience to cook my own meals. From The More You Cook, The Better You Look:

I had this same Ah-Ha! moment this summer. I was upset with food inflation and tired of getting sick, so I decided to attempt a strategy of nutrient loading. The theory was that if load up on SuperFoods then my immune system would be stronger and I wouldn’t get sick. The only way to affordably get those high levels of nutrients was to cook almost all my meals.

Not only did I stop getting sick, but I lost 10 pounds and almost 3 inches off the waist. And I did it without changing my portion size.

By cooking my own meals, I was able to eliminate the highly inflammatory vegetable oils and all non-fermented soy. That is an near impossible task if you are buying processed foods or eating out at restaurants on a regular basis.

Cooking at home has exposed me to some of the most powerful Superfoods (aka High Velocity Super Warrior Foods), which are hard to source at restaurants and stores. They include fermented food, bone broth and offal (particularly beef liver). 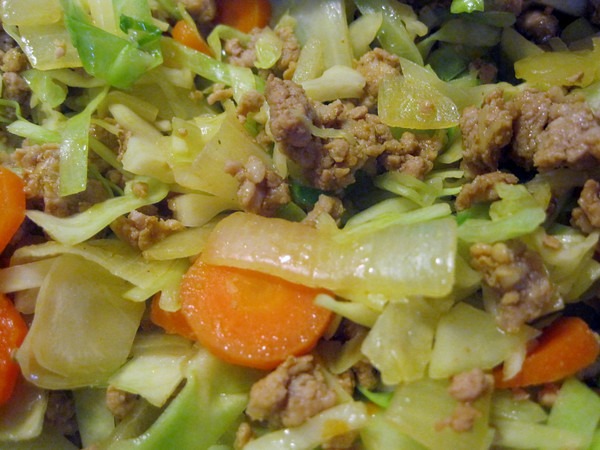 #4 Discovered the Cause of My Back Pain

This won’t apply to everyone, but I went through many years where I would get awful back pains. I covered this topic in the posts How I Figured Out the Cause of My Back Pain and The Psychology of Back Pain. I have eliminated 95% of my pain and on those rare occasions when it does surface, I understand that I am not broken and know how to make the pain go away.

I will never know if my experiments with cold temperature exposure helped me lean out. Nor will I know with certainty if it boosted my immune system. I suspect they did, but what I do know for certain is that I am far more resilient than I was when I moved to Washington State. I’ve become more adaptable and increased my metabolism.

Brief exposures to cold temperatures represent a minor safe stressor. Being able to adapt and overcome these minor stressors has made me much tougher. By continually testing my resolve to discomfort, I am rarely uncomfortable. The benefits of cold weather exposure have had spillover effects into other aspects of my life.

My sleep was not bad to begin with, but just by increasing the duration and depth of my sleep, I feel much better. I covered my ideas in the post Turning Down the Lights.

I can’t believe it has been less than a year since I fully adopted High Intensity Training as my core exercise protocol. I outlined HIT in the post High Intensity Training at Ideal Exercise. HIT is about trading duration for intensity. These days I do a single 15 minute workout every 6th day. It is brutally hard and I train to failure. The rest of the week, I allow for recovery and do nothing more than walking.

The result is I am in the best shape of my life and I never get the aches and pains that came with higher volume, lower intensity exercise plans. My resting pulse is as low now as it was 20 years ago when I ran 2 marathons. Only now, I have more energy and more muscle.

I have done other actions to improve my health. They didn’t make the Top 7 list. Looking at the list above, I would attribute 80% of the health gains I’ve made over the last 3 years to the first 3 items on this list. Yes, diet is that important. It took me years to fully understand that. Remove the toxins, load up on highly nutritious foods, increase resiliency, improve sleep and exercise intelligently with a bias towards brief highly intense safe movements. That isn’t extreme, is it?

What I eat can be found on the post What I Eat and What I Don’t Eat March 2010 Edition. The only change since then is I now will occasionally eat white rice during the summer or days when I am very active.